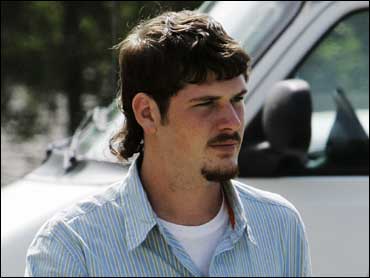 Five members of the Jena Six pleaded no contest Friday to misdemeanor simple battery and won't serve jail time, ending a case that thrust a small Louisiana town into the national spotlight and sparked a massive civil rights demonstration.

The five, standing quietly surrounded by their lawyers, were sentenced to seven days unsupervised probation and fined $500. It was a far less severe end to their cases than seemed possible when the six students were initially charged with attempted murder in the 2006 attack on Justin Barker, a white classmate. They became known as the "Jena Six," after the central Louisiana town where the beating happened.

As part of the deal, one of the attorneys read a statement from the five defendants - all of whom are black - in which they said they knew of nothing Barker had done to provoke the attack.

"To be clear, not one of us heard Justin use any slur or say anything that justified Mychal Bell attacking Justin nor did any of us see Justin do anything that would cause Mychal to react," the statement said.

The statement also expressed sympathy for Barker and his family, and acknowledged the past 2½ years had "caused Justin and his parents tremendous pain and suffering, much of which has gone unrecognized."

None of the defendants spoke to reporters.

By pleading no contest, the five do not admit guilt but acknowledge prosecutors had enough evidence for a conviction.

Charges against Carwin Jones, Jesse Ray Beard, Robert Bailey Jr., Bryant Purvis and Theo Shaw had previously been reduced from attempted murder to aggravated second-degree battery. All but Shaw were assessed $500 in court costs. The judge did not tack that punishment on to Shaw's case because he stayed in jail for almost seven months, unable to raise bail, following his initial arrest.

Each paid the fine and court costs immediately. The payment of restitution to Barker was also part of the deal, but the amount was not released.

The only member of the group to serve jail time was Bell, who pleaded guilty in December 2007 to second-degree battery and was sentenced to 18 months in jail.

The severity of the original charges brought widespread criticism and eventually led more than 20,000 people to converge in September 2007 on the tiny central Louisiana town of Jena for a major civil rights march.

Racial tensions at Jena High School reportedly grew in the months before the attack. Several months before attack, nooses were hung in a tree on the campus, sparking outrage in the black community. Residents said there were fights, but nothing too serious until December 2006 when Barker was attacked.

Friday's criminal proceedings were followed by a brief civil hearing to settle the lawsuit by Barker against the group.