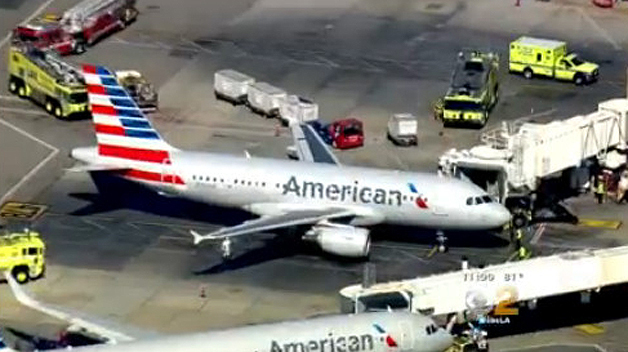 A Los Angeles Fire Department spokesman says nobody required hospitalization after an American Airlines jet that made a safe emergency landing at Los Angeles International Airport.

Airport spokeswoman Katherine Alvarado says a mechanical problem was reported aboard the plane, which had 137 people aboard.

Air Traffic control audio captures the flight talking to the approach about smoke in the cabin and having to drop oxygen masks.

American Airlines released a statement regarding the incident.

"American Airlines Flight 564 from San Jose, Calif., to Phoenix diverted to Los Angeles due to a mechanical issue. The aircraft, an Airbus A319 with 125 passengers and a crew of five, landed safely and taxied to the gate. Our maintenance team is currently evaluating the aircraft," the statement read. "We apologize to our customers for the inconvenience, and are working to get them to Arizona as soon as possible."