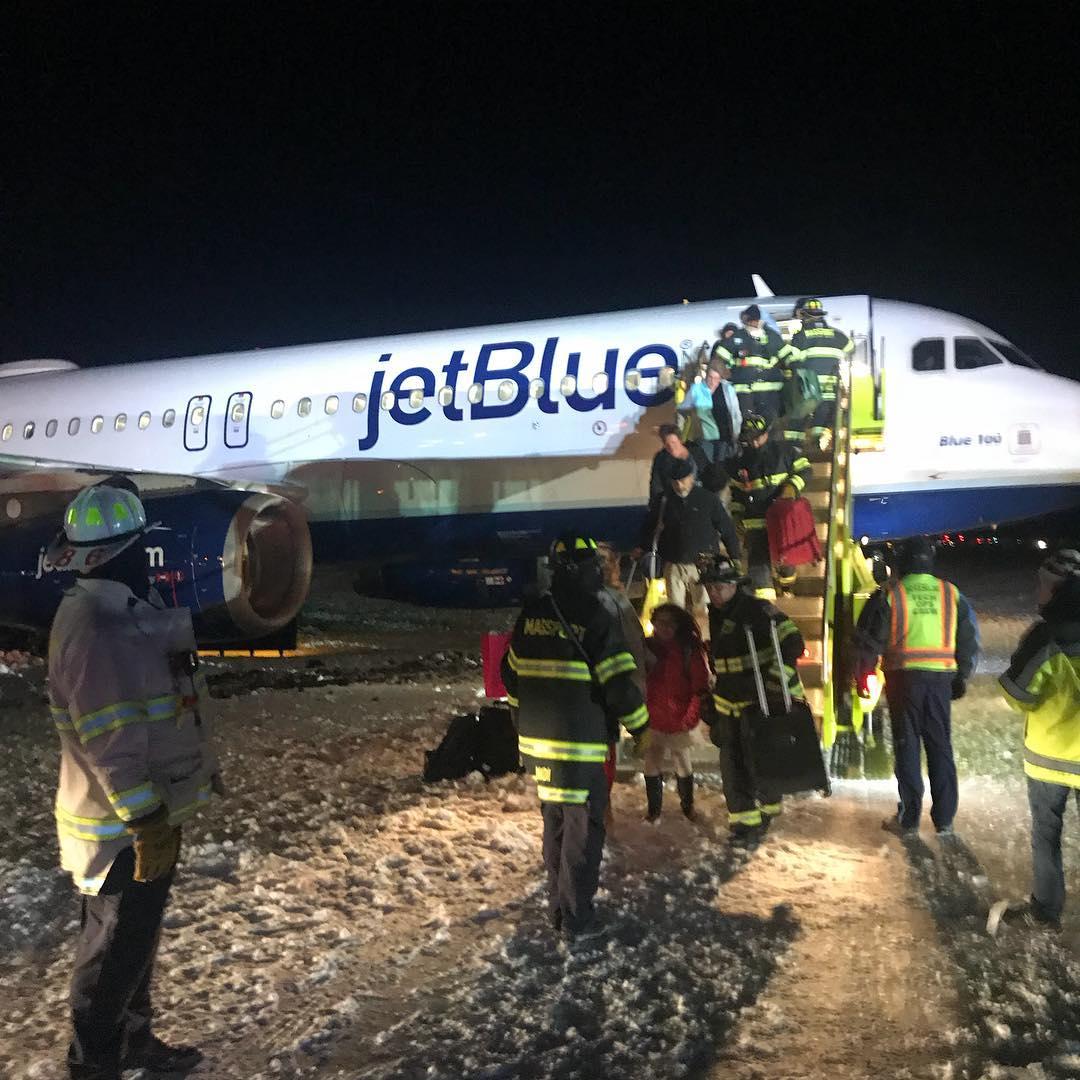 A JetBlue plane went off the taxiway at Boston's Logan Airport on Christmas night, the airline confirmed to CBS News. There were no injuries, JetBlue said.

According to JetBlue, Flight 50 from Savannah to Boston went off of a taxiway shortly after landing at approximately 7:15 p.m.

Buses transported customers from the aircraft to the terminal, JetBlue said.

Earlier Monday, a nasty winter storm hit New England that temporarily shut down runways at Logan Airport. A Massport spokesman told CBS Boston airport crews were not able to keep up with the snow and were not departing or landing aircraft as of 10 a.m. About an hour later, one runway was able to open but delays were expected throughout the day.

A combination of high wind gusts and heavy snow/ice on wires could lead to power outages in the region. There were about 11,000 reported outages in the state as of 2 p.m., mostly on Cape Cod.

CBS Boston meteorologist Dave Epstein recommended clearing out any snow and slush because temperatures will not be above freezing for the rest of the week.