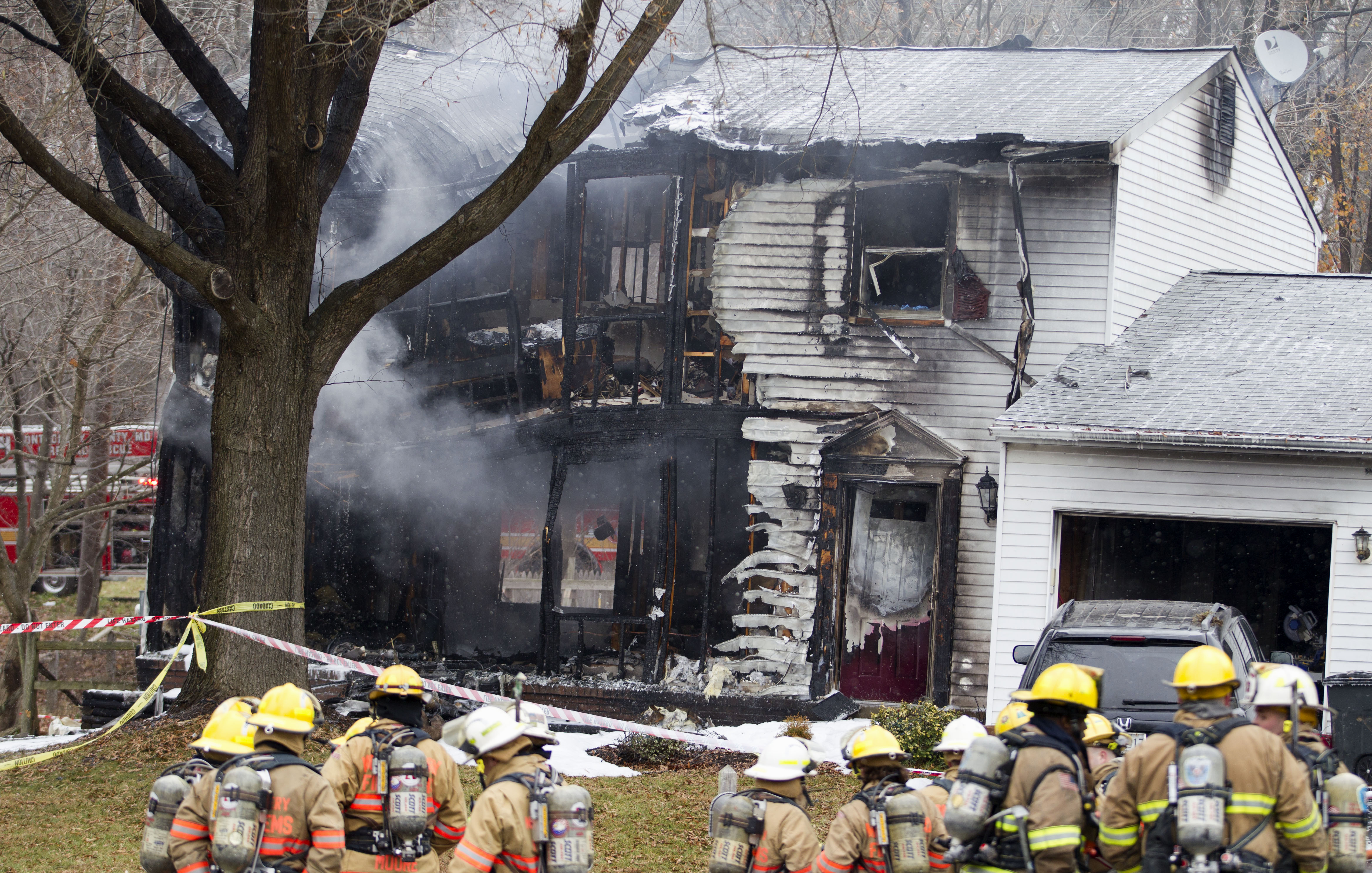 GAITHERSBURG, Md. -- A small, private jet crashed into a house in Maryland's Montgomery County on Monday, killing three people on board the plane and three residents of the home, authorities said.

Three people were on board the jet when it crashed into the home in Gaithersburg, a Washington, D.C. suburb, Montgomery County Fire and Rescue Chief Steve Lohr said during a news conference.

They were all killed and three residents who live at the home were also killed, Lohr said later Monday.

Durham, N.C.-based clinical research organization Health Decisions said in a press release that founder and CEO Dr. Michael Rosenberg was among those on the jet who died.

Neighbors and property records identify the home's residents as Ken and Marie Gemmell.

The two-story, wood-frame home was gutted by the impact of the crash and ensuing blaze. The first floor was nearly completely blown out and smoke drifted from a gaping hole in what was left of the collapsing roof. Two adjacent homes also had significant damage, with one of them clearly having caught fire, as well.

A witness told CBS Radio station WNEW that the small plane wobbled and then barrel rolled as it crashed into the home.

Fred Pedreira, 67, who lives near the crash site, said he had just returned home from the grocery store and was parking his car when he saw the jet and immediately knew something was wrong.

"This guy, when I saw him, for a fast jet with the wheels down, I said, 'I think he's coming in too low,'" Pedreira told The Associated Press. "Then he was 90 degrees - sideways - and then he went belly-up into the house and it was a ball of fire. It was terrible.

"I tell you, I got goosebumps when I saw it. I said, 'My God, those are people in that plane," Pedreira said. "I just hope nobody was in that home."

Byron Valencia, 31, who also lives nearby, told The AP that he was in his kitchen when he heard a jet engine flying overhead, and then a big thump shortly after.

"When I opened my window, I could see smoke over the trees and I heard a small explosion, like a pop," he said. "I could see the smoke rising ... It's scary."

Emily Gradwohl, 22, who lives two doors down from the house the jet hit, was home at the time of the crash and ran outside to see what had happened.

"I heard like a loud crash, and the whole house just shook," Gradwohl told The AP. "We got jackets on, ran outside and saw one of the houses completely set on fire."

She said planes fly low over the neighborhood every day but she had never worried about a crash until now.

An FAA spokesman said preliminary information showed the Embraer EMB-500/Phenom 100 twin-engine jet was on approach at the nearby Montgomery County Airpark. The National Transportation Safety Board was launching a team to investigate.