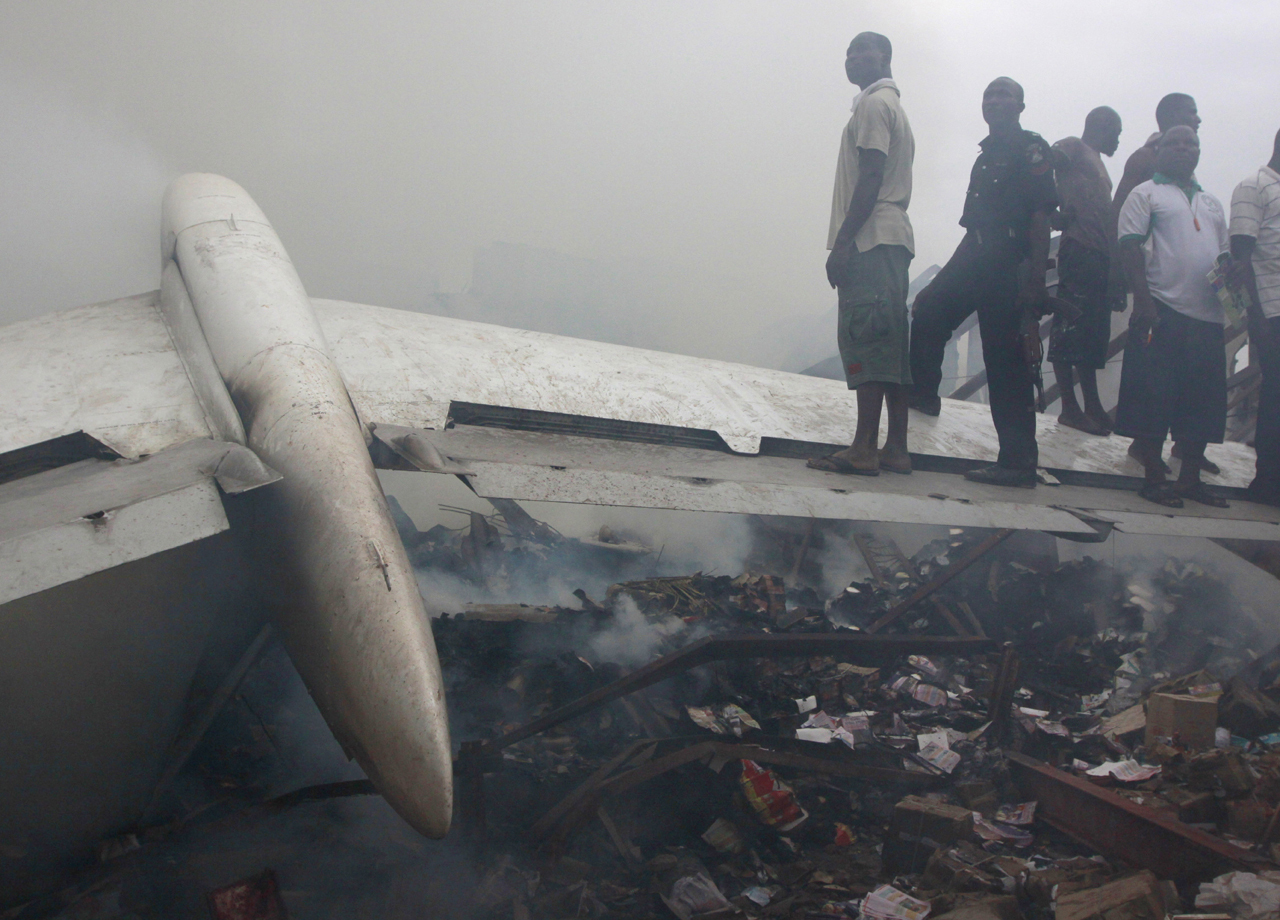 (CBS/AP) LAGOS, Nigeria - An aviation official says that all passengers on board the plane that crashed in Nigeria's largest city have been killed.

Nigeria's Civil Aviation Authority Harold Denuren confirmed that all the passengers on Sunday's Dana Air flight died. He did not say how many were on the flight. However, the Lagos state government said in a statement that 153 people were on the flight going from Abuja to Lagos.

The plane crashed in a densely-populated neighborhood near the airport. Rescue officials said Monday they fear many people may have perished on the ground too.

Several thousand gathered at the site as firefighters tried to put out flames and carry out survivors.

Yushau Shuaib, spokesman for the National Emergency Management Agency, said they were still trying to get an official manifest on the flight. Sometimes flights in Nigeria issue paper tickets and don't record all passengers via computer.

"I don't think there will be any survivors," said witness Praise Richard. "It would take a miracle."

Richard said he was watching a film when he heard a loud explosion that sounded like a bomb. He rushed outside and saw massive smoke and flames rising from the crash site around 3:45 p.m.

The Dana Air flight was flying from Abuja to Lagos, according to the head of Nigeria's Civil Aviation Authority, Harold Denuren.

The plane did not to appear to have nose-dived into a building, but seemed to have landed on its belly. It first crashed through a furniture shop and then into residential buildings next to the workshop in this densely packed neighborhood.

The nose of the plane was embedded into the three-story apartment building, damaging only one part of the structure. Fire still smoldered everywhere as a group of men stood atop the landing gear that was smoking and took pictures with their mobile phones.

At the crash site, an Associated Press reporter saw parts of the plane's seat signs scattered around. Firefighters tried to put out the smoldering flames of a jet engine and carried at least one corpse from the building that continued to crumble. Several thousand people looked on.

Two fire trucks and about 50 rescue personnel were at the site after the plane went down. Some of those gathered around the site helped firefighters bring in the water hoses from their trucks.

A military helicopter flew overhead. The sound of the crowd was also occasionally punctuated by the noise of aircraft still landing at the airport.

Lagos' international airport is a major hub for West Africa and saw 2.3 million passengers pass through it in 2009, according to the most recent statistics provided by the Federal Airports Authority of Nigeria.

In August 2010, the U.S. announced it had given Nigeria the FAA's Category 1 status, its top safety rating that allows the nation's domestic carriers to fly directly to the U.S.

The Nigerian government said it also now has full radar coverage of the entire nation. However, in a nation where the state-run electricity company is in tatters, state power and diesel generators sometimes both fail at airports, making radar screens go blank.