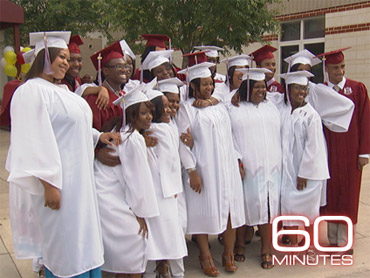 A twin-engine turboprop commuter plane crashed in the woods about three miles from the airport where it was preparing to land, killing at least eight of the 15 people on board, officials said.

At least two people on the Corporate Airlines flight from St. Louis on Tuesday night survived and were being treated at a hospital, said Adair County Chief Deputy Larry Logston.

"There's five missing at this time and we're not sure if they're in the aircraft or if they're out there in the woods somewhere. We're still looking. We have canines out there searching with search crews," Logston said. "It's densely wooded, and with the wood and the brush and everything you can't even hardly get 4-wheelers back in there. So we're having to do it all by foot or with dogs."

The plane carried 13 passengers and two crew members, both of whom died, Logston said.

The last communication from the Jetstream 32 indicated it was on a normal approach to Kirksville Regional Airport in northeastern Missouri, and there was no mention of any problems, said Elizabeth Isham Cory, a spokesman for the Federal Aviation Administration in Chicago.

National Transportation Safety Board member Carol Carmody said both "black boxes" — the flight data recorder and the cockpit voice recorder — were recovered Wednesday morning. She said they appear to be in good condition, and if so, could be crucial to the investigation.

"The cockpit voice recorder typically would have the last 30 minutes of conversation, so you hear what's going on in the cockpit, and then the flight data recorder would have various parameters showing what the aircraft was doing," she said.

Weather conditions at the time of the crash were overcast with misting and some thunderstorms in the area, according to an FAA weather observation system. It wasn't immediately known if it was storming where the plane went down or if weather was a factor.

The plane — Corporate Airlines Flight 5966 — was on a regular route from St. Louis when it crashed shortly after 7:50 p.m., Cory said.

"The aircraft was engulfed in flames upon arrival of first responders," said Missouri State Trooper Brent Bernhardt. "Of course wreckage is strewn about quite a distance. The main fuselage is intact, as far as that part of the aircraft being in one centralized location."

All eight of those known dead were found in the fuselage, some still in their seats and the two crew members in the cockpit area, he said.

The plane had clipped treetops before crashing on its belly, and the wreckage was scattered over an area about one mile across, he said.

A female survivor was walking around when rescuers arrived, and a male survivor was found in brush about 25 feet from the fuselage, Logston said. Rescue crews were still hoping to find survivors, he said, but added that the two who did make it were discovered "so close to the plane we're imagining the others probably should have been close to the plane if they survived."

"It's a devastating tragedy that occurred and it's simply a miracle that anybody walked away," Bernhardt said.

Al Maglio, a free-lance photographer who said he arrived at the same time as highway patrol officers, said a woman ran up to the emergency workers, told them she'd been in the plane and said, "It came apart before it hit the ground."

The survivors were being treated at Northeast Regional Medical Center in Kirksville, said Larry Rodgers, a spokesman for the hospital. He said both were stable, but had no information about the extent of their injuries.

"As the physicians evaluate them, we should know more," he said.

Corporate Airlines, based in Smyrna, Tenn., began operating in 1996 and is affiliated with American Airlines. As AmericanConnection, Corporate provides 70 flights from 13 cities in the Midwest to St. Louis and Nashville.

Doug Caldwell, Corporate Airlines' CEO, said the crash was the airline's first fatal accident. The company has 250 employees and flies 17 Jetstream 32s. The airline was trying to contact the families of all the passengers Tuesday night, he said.

"On behalf of Corporate Airlines, I want to extend our deepest sympathies to the family of the passengers of flight 5966," Caldwell said in a news release. The statement also said the airline could not speculate as to the cause of the crash.

Kirksville is about 220 miles northwest of St. Louis.