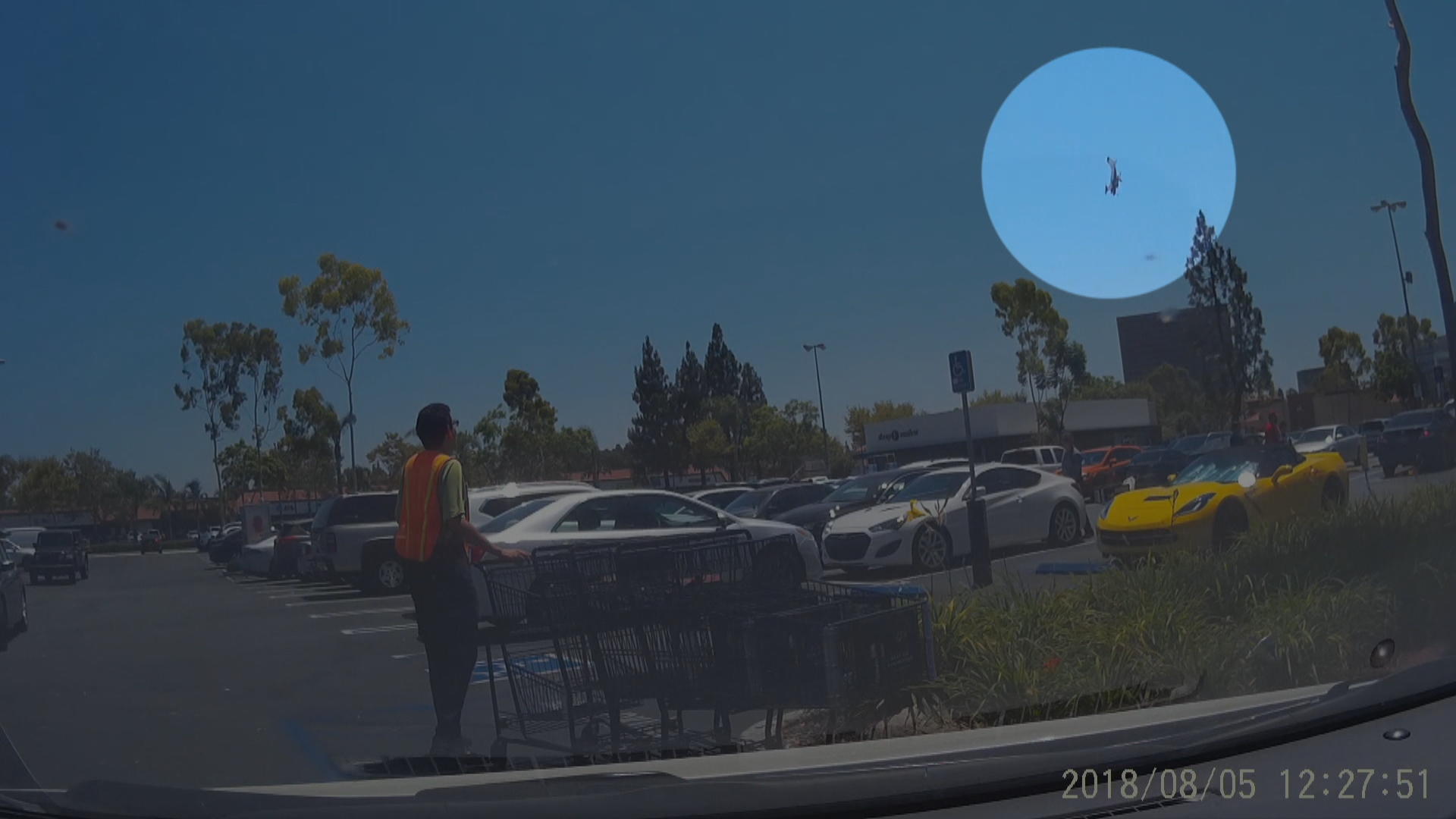 SANTA ANA, Calif. -- Dashcam video shows a twin-engine Cessna as it fell from the sky, head first, around 12:30 p.m. Sunday. None of the five people on board survived.

"It just banked, he turned and it just came straight down," witness Alex Perkins said.

The victims all worked for a Northern California real estate consulting firm and were on their way to a real estate conference in Orange County, reports CBS News correspondent Mireya Villarreal. Some of them were related to each other. It happened on a busy weekend shopping day in a highly-traveled retail area with a large mall just a block away.

Cellphone video shows the chaotic scene just after the plane crashed in an Orange County parking lot, smashing into a car. The car was unoccupied.

"Fortunately, that person was inside the store shopping at the time of impact," Orange County Fire Authority's Tony Bommarito said.

Nearby shoppers said the fixed-wing aircraft made a sputtering noise as it dropped head-first to the ground. The FAA said the pilot, identified as Scott Shepherd, declared an emergency just before the crash.

Shepherd was the owner of a San Francisco real estate consulting firm, Category III Aviation Corp. The coroner identified the other victims as Lara Shepherd, Floria and Navid Hakimi, and Nasim Ghanadan. The plane had taken off from Concord, heading for John Wayne Airport in Santa Ana just about one mile from the crash site. Floria posted a photo to Instagram about two hours before the crash with the caption, "Flying out to LA." The plane she was boarding appears to have the same markings as the one that crashed.

"It does look like it came down pretty abruptly," Bommarito said, adding, "There's a small impact zone."

Federal investigators are now trying to determine why the plane went down so close to its final destination.

"I don't know anything about what this pilot did or what he was thinking but it could have been much more tragic ... The fact that there was no injuries on ground is a miracle in itself," Bommarito said.

The pilot had many years of experience. According to a records search, his license was renewed last year.