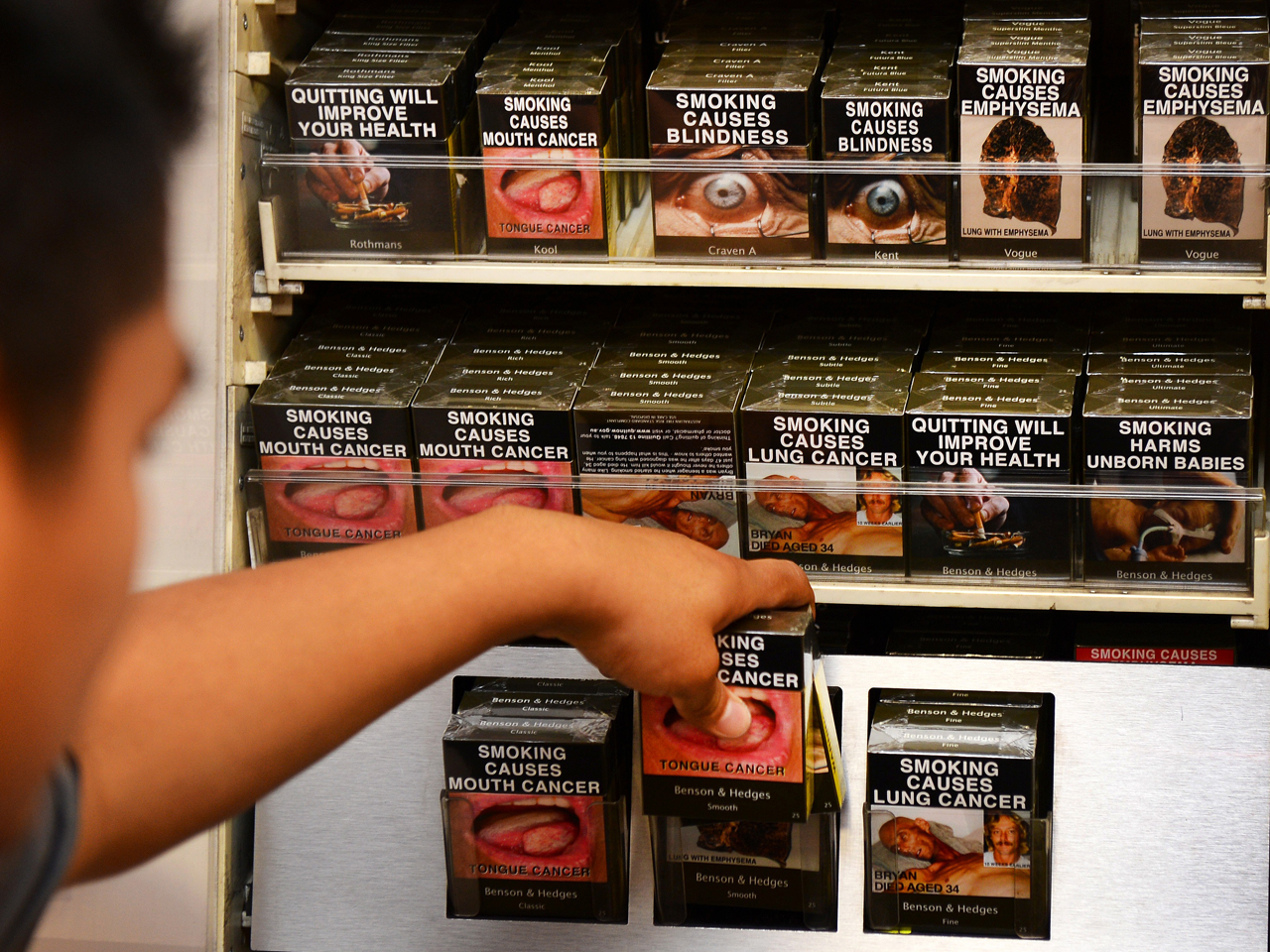 As of December 1, 2012, all tobacco products sold in Australia come in plain brown packs with graphic health warning images and no branding or logos. Cigarette packs have a photo of a smoking-related disease covering 75 percent of the front of the package, and the rest is covered in a nondescript brown color instead of the company's design.

Researchers wanted to see if the package change had any effects on smokers. They interviewed 536 cigarette smokers during November 2012 when retailers began to sell the brown packs, and followed up with them after cigarette companies were required to switch to the new packaging.

During the first interview, about 72 percent of the group said they were using the plain packs and around 28 percent were using a branded pack.

Both the plain and the branded pack smokers thought about the negative impact of smoking on their health approximately the same amount. They also felt the same way about whether the negative health effects had been exaggerated.

Seventy percent of the plain pack smokers said cigarettes were not as satisfying, and they were 81 percent more likely to say they thought about quitting at least once a day. Quitting also became more important in their lives compared to the people still smoking brand packs.

"The finding that smokers smoking from a plain pack evidenced more frequent thought about, and priority for quitting, than branded pack smokers is important, since frequency of thoughts about quitting has strong predictive validity in prospective studies for actually making a quit attempt," the author wrote.

"Overall, the introductory effects we observed are consistent with the broad objectives of the plain packaging legislation. We await further research to examine more durable effects on smokers and any effects on youth," the author commented.

Simon Gillespie, chief executive of the British Heart Foundation, told the Telegraph that this shows that standardized packaging could be an effective tool in curbing smoking rates. The U.K. had been planning a plain packaging requirement for cigarettes but postponed the legislation to wait for the results of this study.

''The research shows smokers who use standardized packs with larger health warnings enjoyed the experience of smoking less and were also more likely to consider quitting," he said. "These are clear-cut findings about how existing smokers have reacted to the changes in Australia. Westminster has absolutely no excuse for delaying legislation to introduce standardized packaging."

The study appeared in BMJ on July 22.