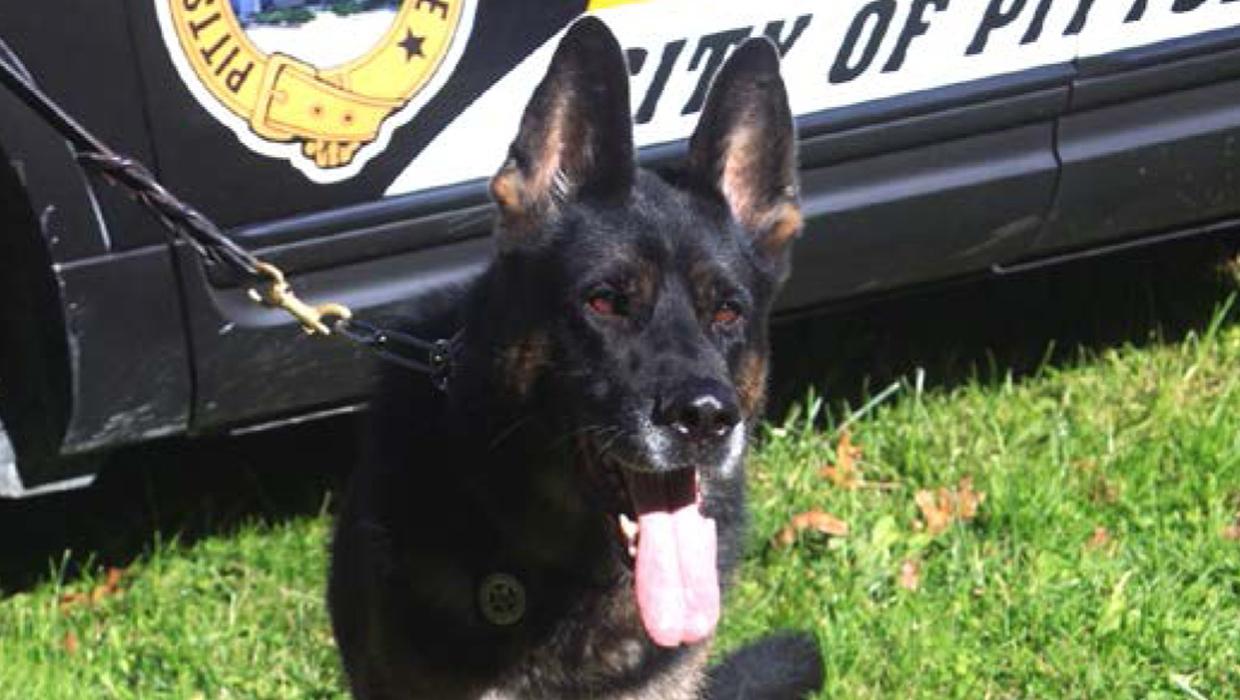 PITTSBURGH - Authorities say a Pittsburgh police dog is dead after being stabbed by a fugitive.

Eight-year-old Rocco, a German Shepard, was injured Tuesday night when police arrested a man on warrants for probation violations and failing to register as a sex offender. He died Thursday evening.

Twenty-one-year-old John Rush was one of Allegheny County's most wanted fugitives. Police say he stabbed Rocco in the back and wounded two officers before being taken into custody.

Pittsburgh Mayor William Peduto says Rocco served the city faithfully and "paid the ultimate price in the line of duty."

Rocco was brought out of the Pittsburgh Veterinary Specialty and Emergency Center Thursday in a box draped with an American flag as fellow K-9 officers lined up and their handlers saluted with bagpipe music playing in the background, reports CBS Pittsburgh.

A procession of flashing lights went past Rocco’s handler’s home before eventually making it to the cemetery.

Mayor Bill Peduto ordered flags to be flown at half-staff to mark the death.

Rush could reportedly face a third-degree felony for Rocco’s death.