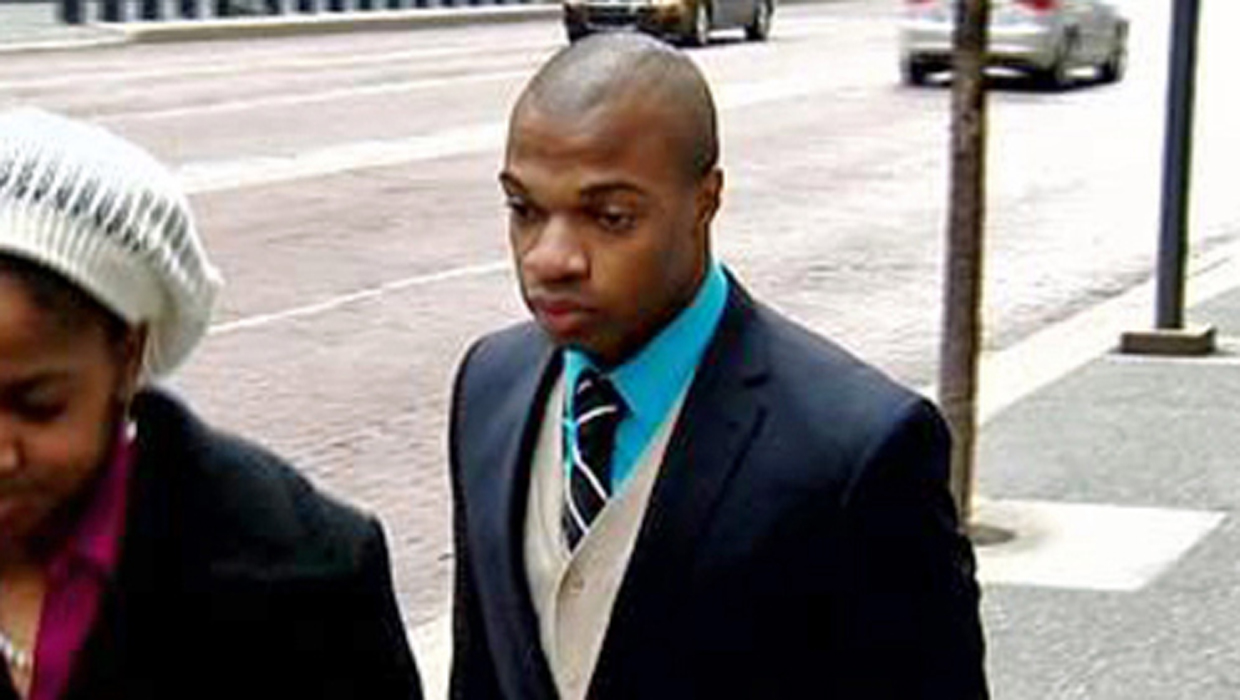 The all-white jury of four men and four women reached a split verdict in Miles' lawsuit against officers David Sisak, Michael Saldutte and Richard Ewing. They found the officers liable for falsely arresting Miles but found them not liable for using excessive force to beat him.

The jurors awarded Miles $101,000 in compensatory damages and $6,000 from each officer for punitive damages for acting "maliciously and wantonly."

Miles said he was "satisfied" with the verdict, according to CBS Pittsburgh. However, his attorney, Joel Sansone, was at a loss to explain why the jury did not find the officers liable for use of excessive force.

Miles had claimed the officers confronted him in January 2010 while he was walking to his grandmother's house to spend the night. He says they assumed he was a drug dealer because of his race and dreadlocks and beat him. At the time, he was an 18-year-old senior at Pittsburgh's performing arts high school and had no history of police trouble.

The officers say they got rough with Miles because he fought with them while they mistakenly thought he had a gun.

The verdict stemmed from a retrial granted after another jury two years ago rejected Miles' civil rights claims that police maliciously prosecuted him for assault, resisting arrest and other crimes when he ran from and fought with police on Jan. 12, 2010. The criminal charges were dismissed weeks after Miles' arrest by a city magistrate who said he didn't believe the police version of events.

But the first federal court jury in August 2012 couldn't decide whether Miles had been wrongfully arrested or whether police used excessive force in the process, leading to a retrial on those civil rights claims.

Miles contends he was talking on his cellphone to his girlfriend while walking a block to his grandmother's house, where he routinely spent the night, when the plainclothes officers rolled up in an unmarked car asking for money, drugs and a gun without identifying themselves. His lawyers contend that practice - which police denied using - is commonly known as a "jump out" and used to put suspected drug dealers on the defensive.

The officers maintain they flashed their badges and yelled "Police!" and stopped Miles only because he appeared to be lurking near a neighbor's home. They claim Miles panicked and ran after being asked why he was "sneaking around" - and the confrontation escalated when Miles purportedly elbowed Saldutte in the head, then kicked Sisak in the knee, before officers mistook a "bulge" in Miles' coat pocket for a gun.

The officers contend they discovered the bulge was from a bottle of Mountain Dew. Miles denies carrying the bottle; officers say they later threw it away.

CBS Pittsburgh reports that Sansone said he thinks the Justice Department should reopen their criminal investigation of the officers involved in the incident and that they should be fired by the city.

Has the author of the infamous Circleville letters been unmasked?
Thanks for reading CBS NEWS.
Create your free account or log in
for more features.
View CBS News In
CBS News App Open
Chrome Safari Continue
Be the first to know
Get browser notifications for breaking news, live events, and exclusive reporting.