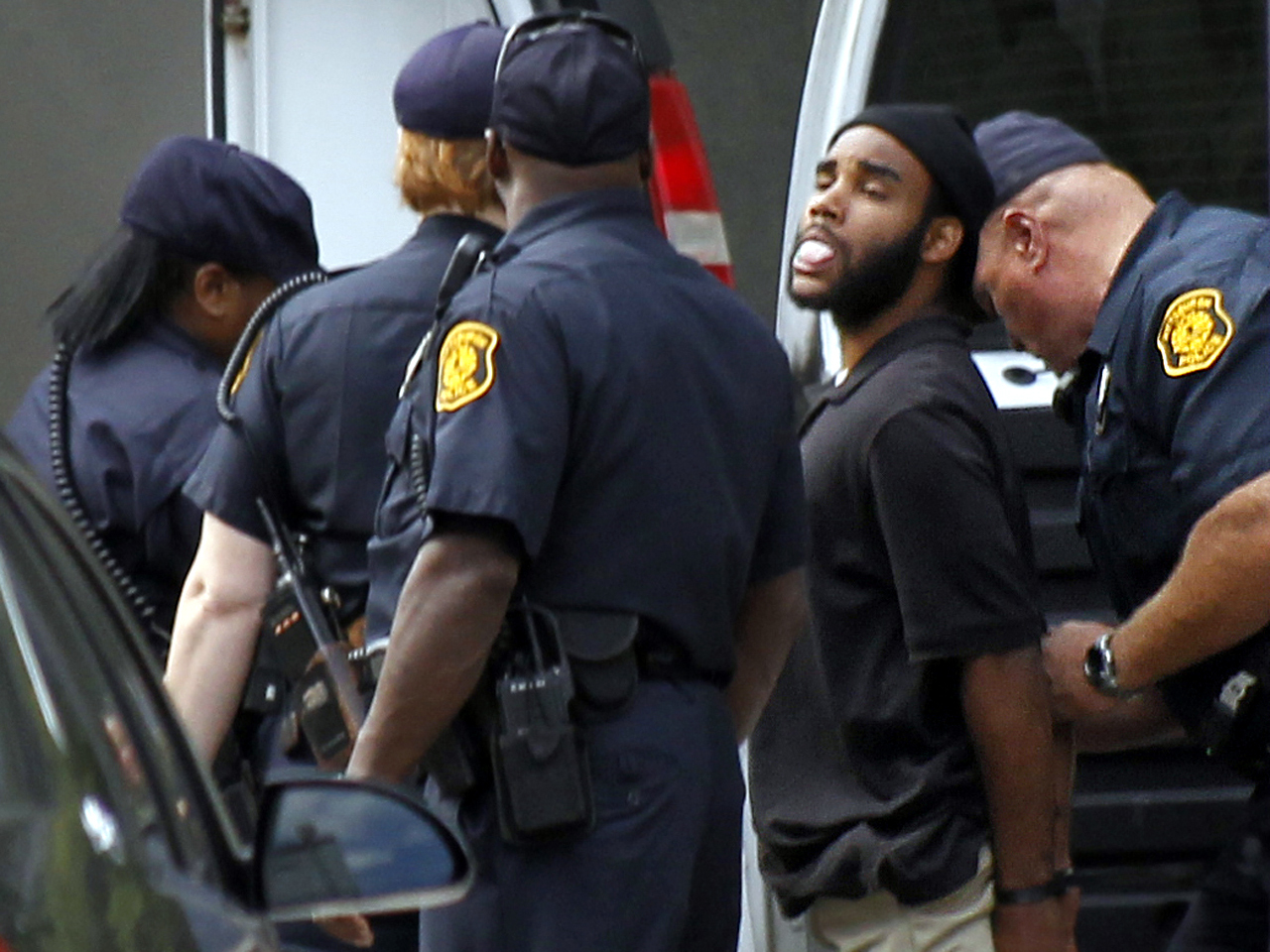 (CBS/AP) PITTSBURGH - An armed suicidal man held a businessman hostage inside a downtown office building for more than five hours Friday and posted Facebook updates about it before surrendering to authorities without incident, police said.

CBS Pittsburgh station KDKA-TV reports that police have identified the suspect as Klein Michael Thaxton, 22, from McKeesport, Pa., which is outside Pittsburgh. He surrendered just before 2 p.m., and the man he took hostage was unhurt, Police Chief Nathan Harper said.

The hostage-taking on the 16th floor of Three Gateway Center prompted an evacuation.

Thaxton apparently posted status updates to his Facebook page during the standoff, starting at 8:54 a.m. ET and continuing posting until 11:18 a.m. ET. One update read: "this life im livn rite now i dnt want anymore ive lost everything and i aint gettn it back."

Another update read: "welln pops youll never have to woryy about me again you'll nevr need to by me anything no need to ever waste ur hard earned money on me. i'll live n jail you dnt want me around anymore thats kool bye."

His friends responded by urging him to end the situation peacefully, including one who asked him to think of his mother.

A police spokeswoman identified the hostage as Charles Breitsman, owner of CW Breitsman Associates. The firm runs employee-benefits programs, but it wasn't immediately clear why he was targeted.

"(Thaxton) is a sick young man and we do need to take measures to see he is taken care of as well," police spokeswoman Diane Richard said. "We don't know if he's related to this company. We don't know what the tie-in is he has with this individual."

"No one knows why he's doing this except him," Harper told reporters during the hostage situation.

Richard said Breitman was able to meet with his family afterward.

"He is doing OK at this point, a little shaken up," Richard said, adding he was taken to police headquarters so that he could talk about the incident.

Police asked Facebook to take down Thaxton's page early in the afternoon in hopes of steering all of his attention to negotiations.

The Facebook exchanges had the potential to both help and harm the negotiations, Harper said. It's helpful that Thaxton can see "that people are concerned about his well-being," Harper said, but "it is a distraction for negotiating."

A worker on the 16th floor described a woman running into her office yelling for someone to call 911. Kathi Dvorak, an administrative assistant at AXA Advisors, said a second woman ran in and said her office was being robbed.

Harper had described the hostage-taker as having a military background but didn't elaborate.

Thaxton has a criminal record that includes a guilty plea to robbery earlier this year and a minimum six-month jail sentence.

Joel Kirchartz, a 28-year-old web developer who works on the 17th floor, said he and his co-workers looked out the windows Friday morning and "a bunch of cops pulled up with all sorts of sirens going; there must have been 20 of them." He said he went downstairs to find out what was happening and by the time he got outside, police had sealed the building.

Another worker, Sarah Vereb, said she was at her desk when she was ordered to leave the building shortly after a friend called to report that she wasn't being allowed up from the lobby.

Hundreds of workers walked down the stairwell. Vereb said the exodus was orderly and "very, very quiet."

A phone message left for the building's Santa Monica, Calif.-based ownership group was not immediately returned. The building complex management office confirmed the evacuation and said it was working with police.