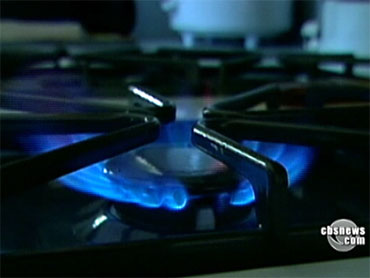 The council received a standing ovation after voting 9-0 to approve the ban within city limits.

Pittsburgh sits atop part of the Marcellus Shale, a large rock formation in West Virginia, Ohio, Pennsylvania and New York. Drilling companies have been flocking to those states to tap into the vast natural gas reserves underneath.

The companies use what's called fracking to break up the rock; opponents say the chemicals used in the process can contaminate water and air.

City Council President Darlene Harris said her biggest concern was people's health. She said she had heard stories about people being sickened by water contaminated by Marcellus drilling. She said claims by the industry of the thousands of jobs being created wasn't worth the risk.

"They're bringing jobs all right," Harris said. "There's going to be a lot of jobs for funeral homes and hospitals. That's where the jobs are. Is it worth it?"

Pennsylvania is the center of the Marcellus Shale activity, with more than 2,000 wells drilled in the past three years and many thousands more planned, as multinational exploration companies invest billions in the pursuit.

About 362 acres, or about 1 percent of the land in Pittsburgh, has been leased for drilling, according to the University of Pittsburgh Center for Social and Urban Research. But no companies are currently drilling in the city or actively pursuing drilling on the leased properties.

There are shale formations across large parts of the country, and there is production or exploration in over 30 states, "60 Minutes" recently reported. It's an American energy renaissance.

"In the last few years, we've discovered the equivalent of two Saudi Arabias of oil in the form of natural gas in the United States. Not one, but two," Aubrey McClendon, the CEO of Chesapeake Energy, told "60 Minutes" correspondent Lesley Stahl.

The bill was drafted by the nonprofit Community Environmental Legal Defense Fund. It now goes to Mayor Luke Ravenstahl, who has ten days to decide if he will pass, veto or not sign the bill. Ravenstahl has indicated he opposes a ban, but had no immediate comment Tuesday, his spokeswoman said. If he vetoes the bill, the council would need six votes to override it; if he doesn't sign the bill, it becomes law.

Attorneys representing gas companies have said they may sue to challenge the ban because they say drilling is rightly regulated by state and federal environmental protection agencies. Meanwhile, the Canonsburg-based Marcellus Shale Coalition, an industry group, called Tuesday's vote "a blow to the city's weak financial standing" and an attack on property rights.

"At a time when the natural gas industry is generating jobs and prosperity for tens of thousands of Pennsylvanians and economic development across the Commonwealth, it's unfortunate that the council continues to maintain a shortsighted view regarding responsible shale gas development and its overwhelmingly positive economic, environmental and energy security benefits," coalition President and Executive Director Kathryn Klaber said in a statement.

Before the vote, City Councilman Doug Shields, the bill's sponsor, talked about what he called the "arrogance of this industry" that he said puts money ahead of trying to figure out the health, environmental and municipal effects of drilling.

"This is an important statement being made today, and it's not just the city of Pittsburgh," he said. "People are looking to this council and I think they are seeing something extraordinary here in that regard."

The ban comes a day after the Pittsburgh suburb of South Fayette approved a zoning ordinance that would prevent drilling in residential and conservation areas.

Ben Price, a spokesman for the Community Environmental Legal Defense Fund, said there are lots of communities considering zoning or other ordinances to regulate gas drilling. The Clarion County town of Licking Township, for example, recently prohibited companies from dumping frack water from the extraction process in the township.