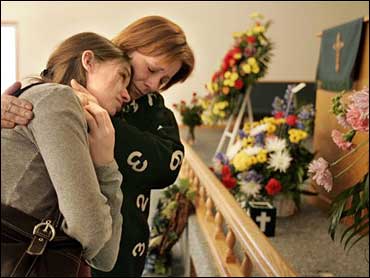 For the Detroit Pistons, life without Doug Collins is supposed to mean no more tension, no more friction. On Monday night, it meant no more defense.

On the day they fired the coach with the intense, confrontational style, the Pistons gave up their most points in a game this season in a 113-101 loss to the Washington Wizards.

Chris Webber had 23 points and 12 rebounds, and point guard Rod Strickland had 26 points, six rebounds and 10 assists as he took advantage of mismatches and blown defensive assignments throughout the game.

Jerry Stackhouse, benched as a starter by promoted assistant coach Alvin Gentry, led Detroit with 22 points in a reserve role as the Pistons lost for the fifth time in six games. They are ahead of only Toronto in the Central Division.

Trailing by 13 at the half, the Pistons cut the lead to nine three times late in the third quarter and at the start of the fourth. But the Wizards hit their outside shots in the final period, with a 3-pointer from Webber starting an 11-3 run that put the game away.

Strickland was 12-for-18 and Webber 11-for-12 from the field, including a run of garbage layups on offensive rebounds in the third period. Sixth man Tracy Murray added 16 points, mostly from the perimeter.

The Wizards shot 53 percent in the game.

Nothing went the Pistons' way in a first half in which the Wizards shot 60 percent. After Gentry called a timeout to slow a 6-0 run, guard Malik Sealy dribbled the ball off his foot on the next possession and Strickland scored on a fast-break layup to give Washington its biggest lead at 51-32.

The Pistons then rallied with a 9-2 run, but they could have made it much closer had they not missed five of 10 free throws in that stretch.

The Wizards took the lead for good with a 17-2 run to end the first quarter.