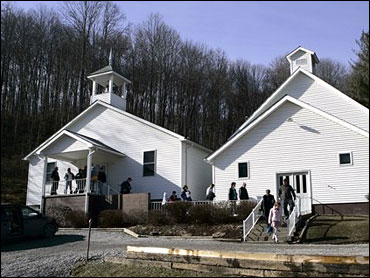 Jerome Williams blocked a shot by Shawn Kemp that would have tied the game and Grant Hill split a pair of free throws with 10 seconds left as the Detroit Pistons beat the Cleveland Cavaliers 90-87 Friday night.

Carl Thomas, forced into critical minutes due to the injury to rookie Derek Anderson, shot an airball on a 3-point attempt as time expired to give the Cavs their ninth loss in 12 games.

Williams had 17 points and 12 rebounds for the Pistons, who overcame an 11-point halftime deficit to win for only the third time in eight tries. Brian Williams 17 for Detroit, while Hill had 12 points, seven assists and six rebounds.

Kemp led all scorers with 26 points, but was stymied when he tried to tie it at 89 with a minute left.

After Hill hit 1-of-2, Thomas heaved a desperation 3 from the sideline that was off the mark.

Cleveland led 51-40 at halftime and got nine points from Kemp in the first six minutes of the third to fend off a Pistons rally.

When Kemp cooled off, the Detroit went on a 14-2 run that pulled them to 64-63 late in the quarter. Williams had six points and several key rebounds in the surge.

With 4:51 to play, Jerome Williams' three-point play brought Detroit to 83-80. On the next possession, Lindsey Hunter knocked down a 3-pointer to tie it.

Notes: Jerome Williams' performance was the second-best of his career, behind only a 22-point, 13-rebound game against Philadelphia earlier this season. ... Detroit placed center Eric Montross on the injured list and activated guard Steve Henson. Montross will undergo arthroscopic surgery on his right knee Tuesday in Indianapolis. ... Cleveland's Vitaly Potapenko got into two brief shoving matches one with Rick Mahorn, and the second with Jerry Stackhouse.