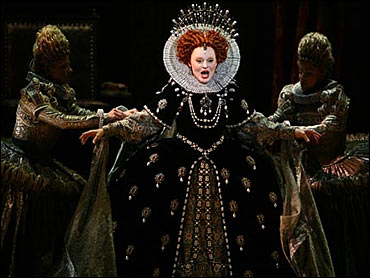 "The Pirate Queen," shipwrecked by blistering reviews and sinking box-office receipts, will close June 17 after a disappointing Broadway run.

The lavish musical by the team who created "Les Miserables" and "Miss Saigon" will have played 85 performances when it calls it quits at the Hilton Theatre.

The production, directed by Frank Galati, will be one of Broadway's costliest flops, reportedly arriving in New York with a $16 million price tag. Negative notices last fall in Chicago prompted its producers, Moya Doherty and John McColgan, to bring in director-choreographer Graciela Daniele and book writer Richard Maltby Jr. to revamp the show.

It didn't help. The New York critics were equally harsh. "The Pirate Queen" was shut out of Tony nominations, which were announced last month, and business has dropped steadily since the musical opened April 5. Last week, for example, the show grossed $442,065, barely filling about half the seats at the Hilton, one of Broadway's largest theaters.

The musical stars Stephanie J. Block as Grace O'Malley, the legendary Irish lass who was the scourge of Elizabethan England. Linda Balgord plays Elizabeth I. Also in the cast are Hadley Fraser as Grace's longtime lover and companion and Jeff McCarthy as Grace's father.

The book is by Alain Boublil and Claude-Michel Schonberg, with music by Schonberg and lyrics by Boublil and John Dempsey.

The Hilton most likely will be the home of "Young Frankenstein," the new Mel Brooks musical, opening in New York this fall after an August tryout in Seattle.