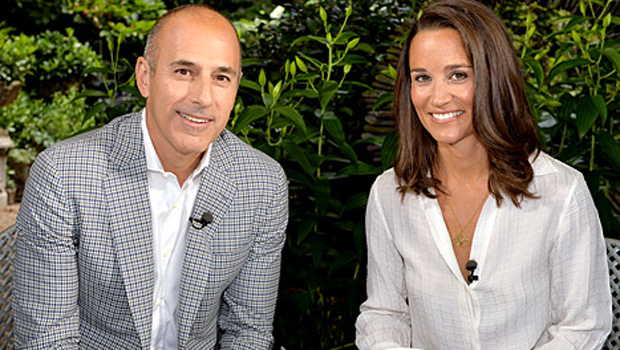 The royal wedding drew attention from news cameras and people around the world, but for Pippa Middleton it was just a family affair.

In her first-ever TV interview, the sister of Kate, Duchess of Cambridge, opened up about her experience as part of Prince William and Kate's big day and all the attention she -- and her now-famous, curve-hugging bridesmaid dress -- received afterwards.

"It sounds funny to say, but we saw it, as just a family wedding," she told "Today" anchor Matt Lauer in the interview, which aired Monday. "I didn't realize the scale of it until afterwards. We really saw it as a family getting together and doing their bit. To me, it was just performing in front of a lot of people, just not the world. It was surreal."

Middleton, 30, admitted the attention she and her dress received after the wedding was "completely unexpected."

"I think the plan was not really for it to be a significant dress. Really just to sort of blend in with [Kate's] train," she told Lauer, adding that it was "flattering" but also "embarrassing, definitely" because it "wasn't planned."

So, where's that famous frock now? Where many other bridesmaid dresses go after a wedding is over - in the closet.

"It's actually still in my wardrobe at home," she said. "I haven't worn it since. But I think I'll just keep it there. I think it's the sort of thing that I'm sure I'll bring out if someone wanted to see it or my children one day want to see it, then I'll show them."

Lauer and Middleton also spoke about how she gets on with her now-royal sister, Kate (she described their bond as a "very normal, sisterly relationship"), the negative side of being in the public eye ("I have felt publicly bullied a little bit," she admitted) and the cross-country U.S. bike tour she participated in to raise money for charity.

"I'm just paving my way and trying to live a life like any 30-year-old," she told Lauer.

Watch a clip of Middleton's interview below: