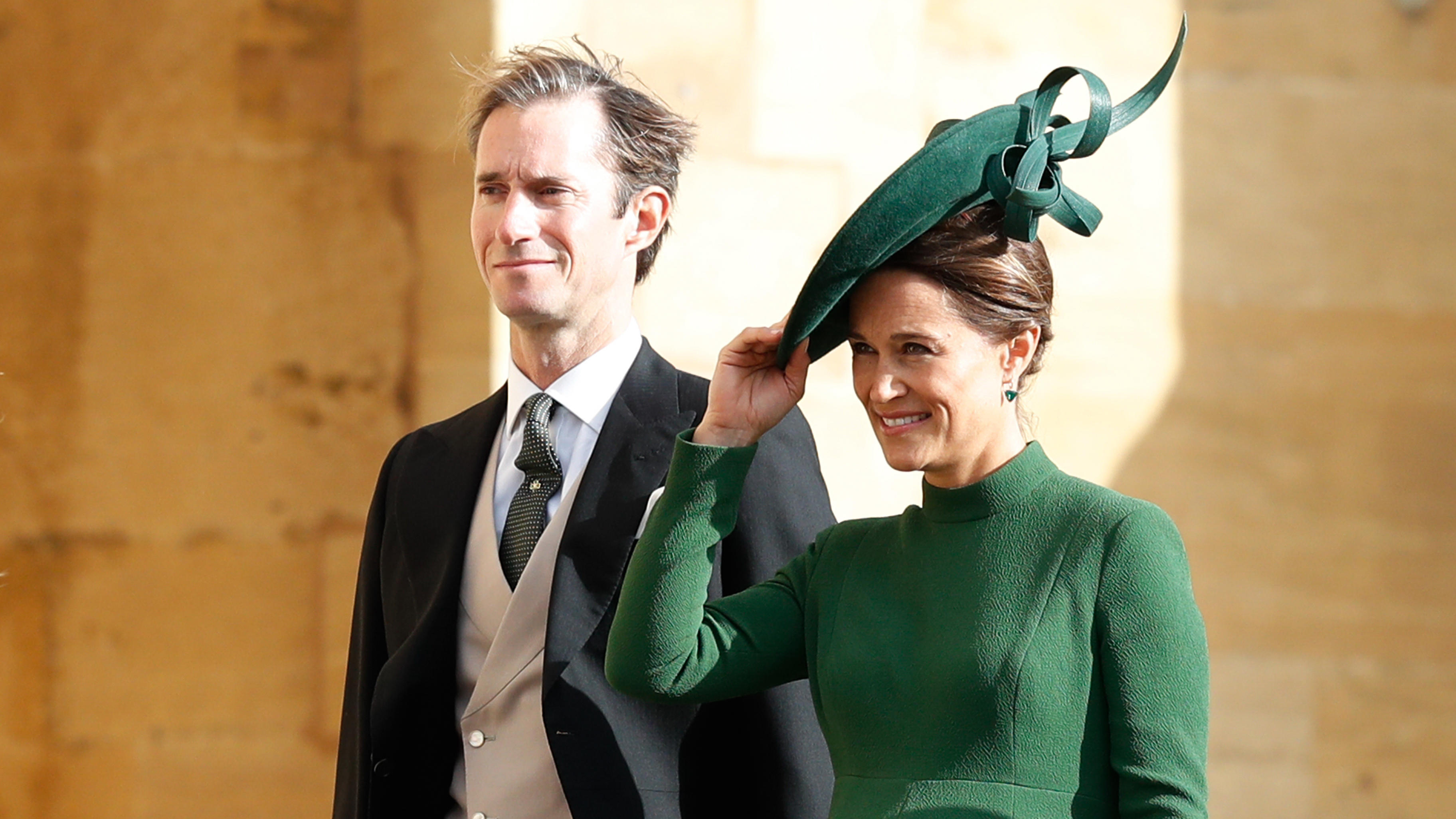 Pippa Middleton, younger sister of Duchess Kate, and her husband James Matthews welcomed a baby boy on Monday. Her rep told ET that the royal-in-law's son was born at 1:58 p.m., weighing 8 lb. and 9 oz.

"Everyone is delighted and Mother and baby are doing well," the rep said in a statement. Kensington Palace also released a statement, saying, "The Duke and Duchess of Cambridge are thrilled for Pippa and James."

Middleton married Matthews, a hedge fund manager, last May. Reporters, photographers and camera crews invaded the small village of Englefield west of London, home to St. Mark's Church, and nearby Bucklebury, where a lavish reception was being held at the estate of the bride's parents, Michael and Carole Middleton.

Middleton confirmed her pregnancy in June, when she wrote a guest column for Waitrose supermarket's magazine.

"I was lucky to pass the 12-week scan without suffering from morning sickness. That meant I was able to carry on as normal," She said. Middleton also said that it was important to her to stay fit during her pregnancy.

"I'm fanatical about sport and have looked at loads of books and websites on exercise during pregnancy but have been disappointed by the limited technical information on what you can and can't do," Middleton said. "And this being my first pregnancy, I had so many questions I felt were still unanswered."

"So I decided to use my own initiative and adapted my current exercise routine, adjusting the weight and intensity to what felt right for me," she continued. "I work out for 45 minutes, three to four times a week depending on my energy levels, but ensured that the routines I did were lighter than usual. I've noticed my body change and weight increase, but through effective exercise and sports, I feel that it's been strengthened to support a healthy pregnancy, birth and recovery. And ensure that post-baby, my old favorite jeans will still fit eventually!"

Middleton showed off her baby bump at the wedding of Princess Eugenie of York and Jack Brooksbank on Friday.