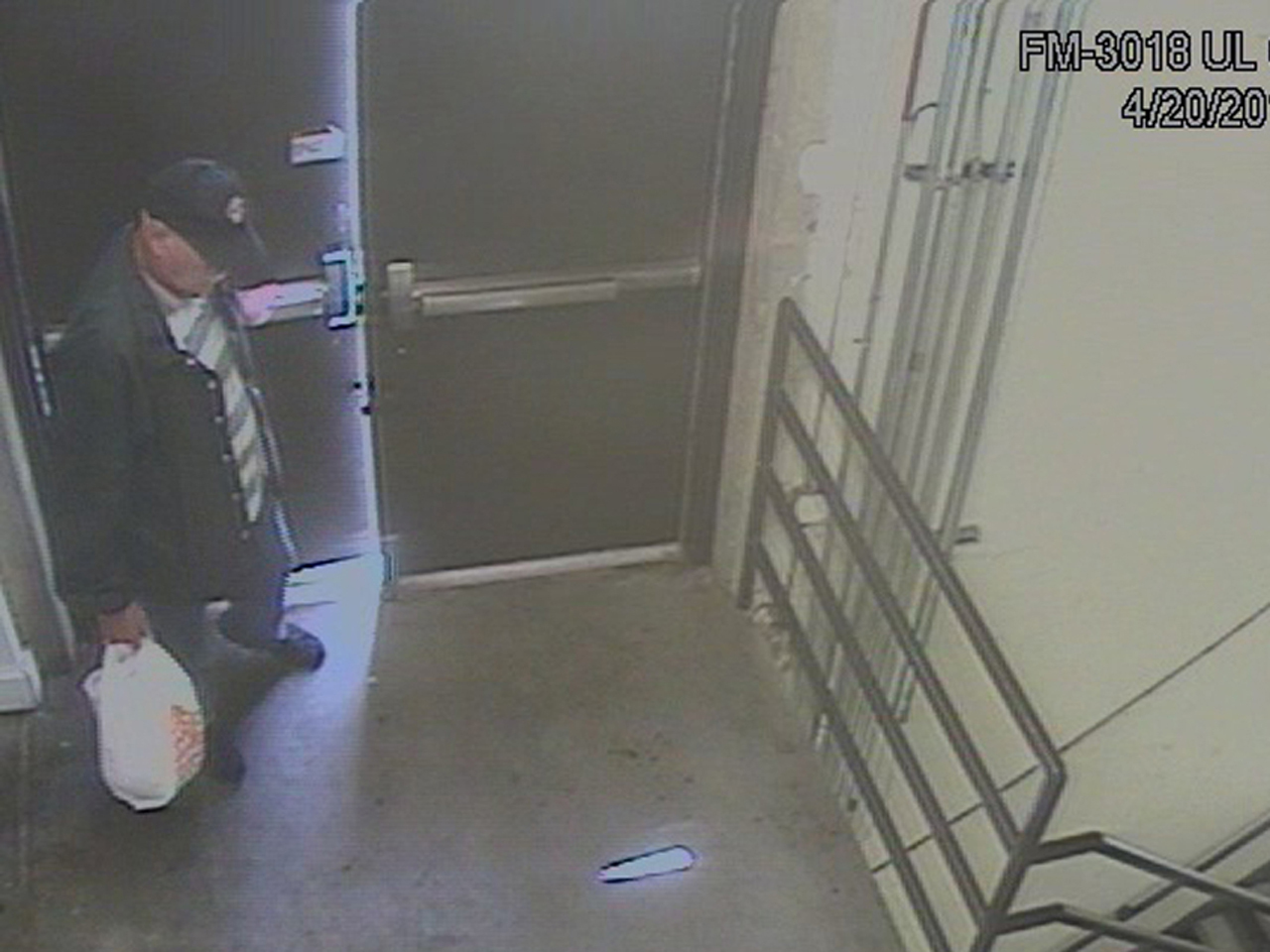 LITTLETON, Colo. - Firefighters found two propane tanks and a pipe bomb near a suburban Denver mall's food court after a fire broke out Wednesday, and investigators were exploring a possible connection between the incident and the 12th anniversary of the Columbine massacre.

The Southwest Plaza Mall was evacuated after the fire, which started around noon. No one was injured and the bombs didn't explode.

One official called the location and timing of the incident "disturbing." The mall is about two miles from Columbine High School, where two student gunmen killed 13 people and themselves on April 20, 1999. Unexploded pipe bombs and a propane tank with explosives attached were found in the school after the shootings.

Special coverage: Terrorism in the U.S.

"The fact that has happened on April 20, 12 years later, near the school and with similar devices is very disturbing," Jefferson County sheriff's spokeswoman Jacki Kelley said. "It's something that can't be ignored."

The anniversary of Columbine was on the minds of people in the area.

"If it's kids, they're crazy not to know what this means in this town," Margie Hecht, who lives near the mall, told The Denver Post. "I remember that day and they wouldn't think this is funny if they did."

Through the years, students across the country have been accused of threats and incidents modeled after Columbine.

FBI spokesman Dave Joly said authorities have identified a possible person of interest, described as a white male with graying hair and a silver mustache. Photos taken from surveillance show the man in a a dark cap, gray and white striped shirt, dark jacket, blue jeans and dark shoes. He is seen entering a stairwell and carrying a white plastic bag.

It's too early to speculate whether the incident was an act of terrorism, Joly said.

Sheriff's officials said there are usually about 6,000 to 10,000 people in the mall around noon each day. Shoppers and about 300 mall employees left after the fire. School buses were used to take the employees away.

About 25 schools were on lockout as a precaution, meaning access is restricted to one point, according to The Denver Post. Classes had been canceled at Columbine High School in remembrance of those killed in the shootings.

Eric Harris and Dylan Klebold wounded several students and killed 12 and one teacher before shooting themselves.