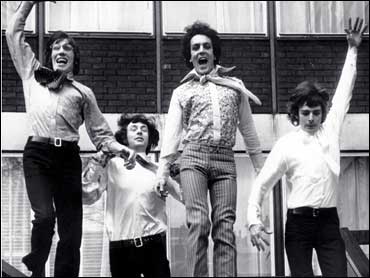 Pink Floyd has begun legal action against music label EMI Group Ltd. over the way royalty payments are calculated in the digital era.

The group's lawyer, Robert Howe, told the High Court that the band was disputing the way royalties for online sales are worked out.

He said the group also wants a ruling on whether EMI can sell tracks "unbundled" from their original albums.

Howe said the band's contract prohibits selling tracks "otherwise than in the original configuration of the Pink Floyd albums." EMI claims the rule applies only to physical albums, not the Internet.

Pink Floyd signed with EMI in 1967 and became one of its most lucrative acts.

Tuesday's hearing was the start of what is expected to be a lengthy legal battle.