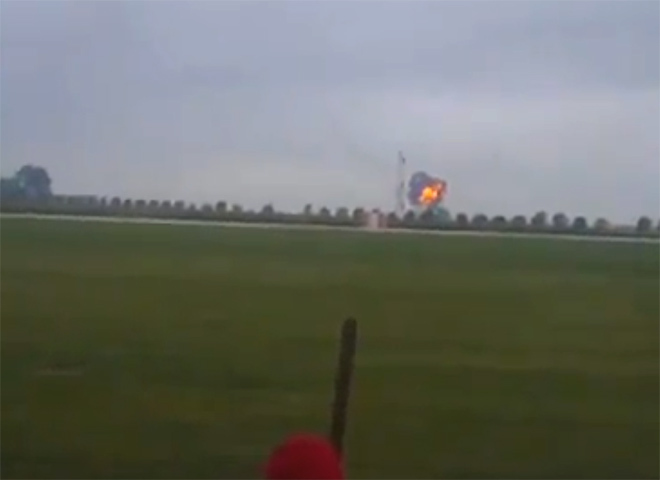 (CBS/AP) DAVENPORT, Iowa - A plane that was part of an air show in eastern Iowa has crashed, and authorities say the pilot was killed.

The Quad-Cities Times reports that the Soviet-era retired military jet was performing with the Quad City Air Show in Davenport.

Authorities say the jet was flying in formation with other jets when it failed to pull out of a 45-degree bank and crashed into a field north of Interstate 80 around 1:25 p.m. Saturday.

Nobody on the ground was hurt, but crowds watching the show saw the plane go down and erupt in flames.

Davenport police and federal investigators planned to comb the field Saturday for widely-scattered wreckage from the plane.

Assistant Davenport Police Chief Don Schaeffer did not identify the pilot, but said he was not from Davenport.