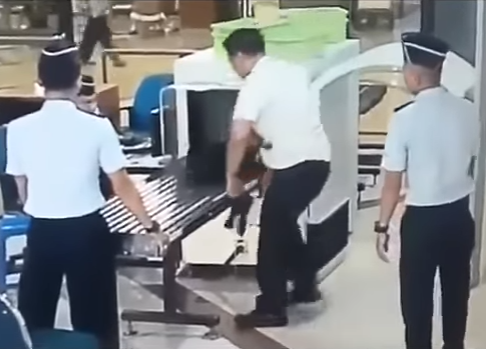 JAKARTA, Indonesia -- An Indonesian budget airline has fired a pilot suspected of trying to fly a plane while he was drunk, and two of its executives are resigning.

Citilink President Director Albert Burhan announced Friday that he and the airline’s production director would resign over the impropriety. Citilink is a subsidiary of national flag carrier Garuda Indonesia.

Passengers became suspicious when they heard slurred words and unclear announcements from the cockpit. Some of them left the plane and asked for a replacement of the pilot they believed to be either drunk or under drug influence.

Citilink assigned a new pilot to fly the Airbus A320 about an hour behind schedule. The flight had 154 passengers but a number reportedly decided to cancel.

The flight on Wednesday was heading from Surabaya, Indonesia’s second-largest city, to the capital, Jakarta. Aviation is a main mode of travel in the sprawling nation of 17,000 islands, and the incident has raised safety concerns.

Footage posted on YouTube showed the pilot appearing to stagger through a metal detector at a security checkpoint. Security guards picked up his belongings that were falling on the floor as he seemed out of control.

“The pilot had committed serious violation of standard operation procedure that endangered passengers,” Burhan said. “We apologize for the discomfort. I have to be responsible for that and therefore I and my production director resign.”

The airline previously had dismissed reports that the 32-year-old pilot Tekad Purna was drunk, saying initial tests of drug and alcohol were negative.

Director General of Air Transportation Suprasetyo has asked Citilink to make sure the pilot underwent a medical check.

Purna is under investigation for possible drunkenness or drug use. Minister of Transportation Budi Karya has banned him from flying pending the outcome of the investigation. If proven, his license would be revoked.