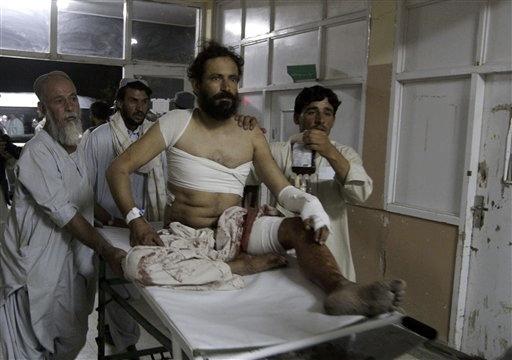 Hit in the head by a shot fired from the ground, pilot Mike Spicer managed, with the help of his passenger, to get his plane safely back to the Clay Center airport.

Spicer, a Clay County commissioner who manages the municipal airport, was pressed into service last Friday by authorities who were looking for a man who sped away when a deputy tried to stop him for illegal registration of his pickup truck.

Sheriff Chuck Dunn called Spicer, figuring he could get his Cessna 150 in the air near this north central Kansas community sooner than the Kansas Highway Patrol plane.

Before he took off, Spicer heard from Arnie Knoettgen, mayor of the nearby community of Morganville. Knoettgen, an emergency medical technician and a reserve deputy, volunteered to join him in the search.

Shortly after leaving the airport, Spicer spotted an abandoned truck in a ravine about three miles south of town. After a couple of passes, Spicer saw what he first thought was a feed sack in a field. But he realized it was a shirtless man in blue jeans, lying face down among the green, 12-inch plants.

Knoettgen verified that the man was the suspect and radioed the sheriff.

Spicer, 55, told The Clay Center Dispatch he was leaning forward, holding the plane in a turn when he heard a "crack" from the ground and the Plexiglass window on his left popped, but he felt nothing.

"It all happened so fast," Spicer said. "Neither one of us realized what was happening at first."

A shot fired from the ground slammed into the plane's passenger's side, whizzing by Knoettgen and striking Spicer in the forehead above his left eye.

Spicer said the shot was fired from a handgun, believed to be a .44 Magnum, and that it was "just lucky" that it hit the plane, which he estimated was several hundred feet in the air.

"After he shot us, he got up and ran toward the trees," Spicer said.

The plane began to drop, and Knoettgen reached over and pulled back on the stick while Spicer pushed in the throttle for a climbing turn to head back to the airport. Spicer also pushed his hooded sweatshirt against the 3-inch gash in his head, trying to stem the heavy flow of blood.

"I knew I had been hit in the head, but I couldn't feel anything," Spicer said. "That's what really scared me."

Both men kept telling each other they were OK, although Spicer admitted later he "really thought this was it" and began to think of being reunited with an infant son who died of meningitis nearly 25 years ago.

"Then I realized I had to get Arnie back," he said. "That kind of brought me back to reality."

"I knew I may have to get the plane back to the airport," Knoettgen, who had never taken off or landed, told the Dispatch. "I thought I had a chance to put it down if someone could talk me through it."

Spicer kept giving instructions on the flight back to the airport, about three miles away. He also radioed his wife, Pam, who was at the airport, to call for an ambulance.

"He told me he had been shot in the head, but he kept sending instructions," she said. "So I knew it must not have been as bad as it sounded."

As they neared the airport, Spicer tightened his shoulder harness to make sure he didn't slump forward should he pass out.

"I knew if I collapsed on the yoke, Arnie would have no chance of getting the plane down," he said.

The plane came in low and both men recall the landing as a pretty good one. Police, an ambulance and firetrucks were waiting on the runway. After only about 2½ hours at the Clay County Medical Center, Spicer was back home.

Michael Michaud, 28, of Clay Center, was arrested Saturday morning. He is in the Clay County Jail on $1 million bond awaiting a preliminary hearing May 18.

Michaud is charged with two counts of attempted murder, criminal discharge of a weapon at an occupied vehicle resulting in bodily harm, criminal possession of a firearm and attempting to elude an officer. The sheriff's office said drug charges are also pending against him in an unrelated case.