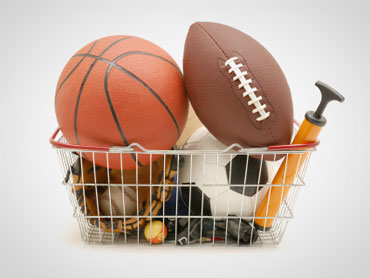 (CBS) HELENA, Mont. - A man given the nickname "Piggyback Bandit" for his fondness for hopping on the backs of athletes pleaded guilty to two assault charges Wednesday.

The Independent Record reports that 250-pound Sherwin Shayegan, 28, admitted to jumping on the backs of two players at a Montana high school soccer tournament in October.

Shayegan told Judge Bob Wood, "I made a mistake. I was just trying to be funny and get a piggyback ride."

Shayegan was ordered to pay $730 and given a one-year suspended jail sentence.

"Go back to Seattle and behave," Wood said. "It's not funny. It could be dangerous."

Shayegan previously plead not guilty to the two charges. He is reportedly notorious for traveling to sporting events in the Pacific Northwest and jumping on athletes' backs.

Deputy Helena City Attorney Luke Berger mentioned during the hearing that Shayegan has been permanently banned from any high school sporting event in the state by the Montana High School Association.

When Shayegan was arrested, he told police he was banned from sporting events in Washington and Oregon.

In this instance, police received a complaint and soon spotted Shayegan and watched him give a player a fist bump and then jump on his back. After his arrest, police learned he had done the same thing to another player.

Neither of the teens were injured.