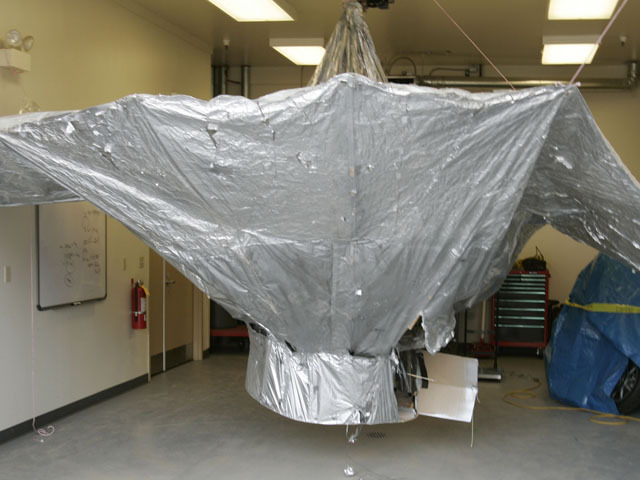 Michael Fruitman, the balloon's current owner, struck a deal with New York-based sports and entertainment card company Topps to use a segment of the Mylar saucer for individual trading cards.

The silver, UFO-like helium balloon gripped the country's attention in 2009 when Richard and Mayumi Heene said their 6-year-old son had floated away in it.

The parents were charged when it was discovered the boy was never onboard the saucer, and they were ordered to pay $36,000 in restitution.

The Heenes lived in Fort Collins at the time but have since moved to Florida.

Fruitman acquired the balloon from the couple's California attorney, who says the Colorado man paid $2,502 for it in an auction.

The Mylar-adorned trading cards are available from eBay sellers seeking anywhere from 99 cents to $49.99 each. They also can be bought for $3 a pack from mass retailers.