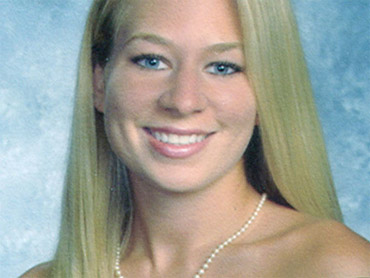 Dutch forensic experts are testing a piece of bone found on the Caribbean island of Aruba to see if it comes from missing American teenager Natalee Holloway, a spokeswoman said Tuesday.

Experts first will establish whether the bone is human before comparing its DNA to that of Holloway, said Netherlands Forensic Institute spokeswoman Inge Oevering.

Holloway, then 18, disappeared in 2005 while on a high school graduation trip to Aruba. Her remains have never been found, despite extensive police searches.

If the bone turns out to be from Holloway, it would be the first concrete evidence of her death.

Dutchman Joran van der Sloot, who faces separate murder charges in Peru, is the last person seen with Holloway and is suspected in her disappearance.

The Dutch daily De Telegraaf reported Tuesday the bone was found by tourists on a beach last Friday. The newspaper reported it was a human lower jaw bone, but Oevering said the bone was still being analyzed to establish whether it was human.

Oevering said prosecutors in Aruba will announce the results of the tests. She could not say how long the tests would take.

Van der Sloot is in jail in Lima charged with killing a woman in Peru five years to the day after Holloway's disappearance.

Van der Sloot has told several people he was involved in Holloway's disappearance, only to later retract his confessions. He has also admitted in interviews that he is a pathological liar.

Among his explanations, Van der Sloot has claimed that Holloway accidentally fell from a balcony and that he disposed of her body in a swamp. He also told an undercover reporter that she died unexpectedly while they were kissing and he dumped her body in the ocean.