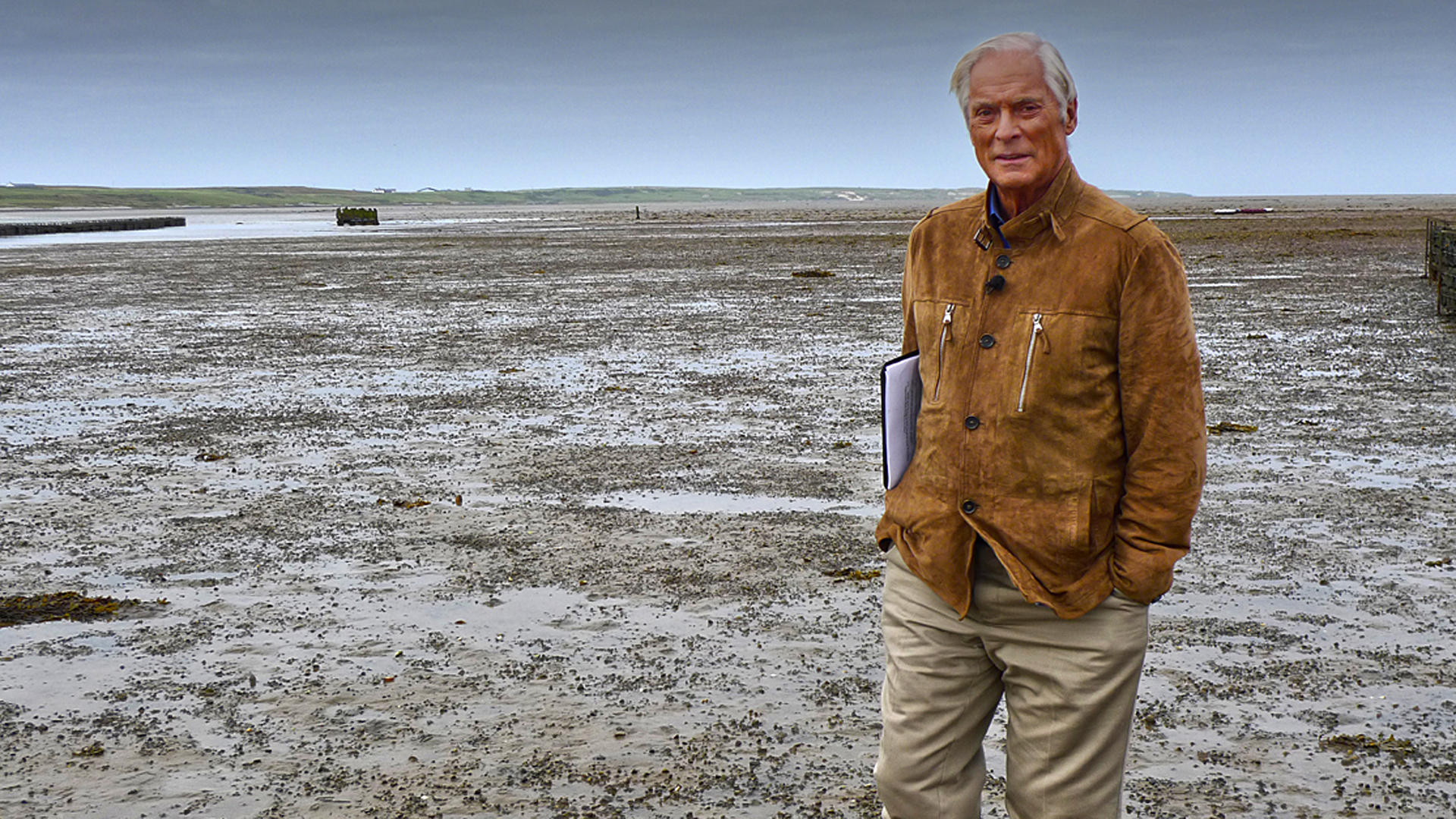 It's a classic 60 Minutes story with adventure, beauty and Bob Simon -- but it almost didn't make air. Simon shot the report "Whisky Island," on the Scottish island of Islay where whisky has been made since the 15th century, before he died earlier this year. He hadn't started the script. Only his notes were left behind.

In what 60 Minutes executive producer Jeff Fager describes as "a labor of love," Simon's colleagues finished the story.

Fager says that when Simon died in February, the script for this story was "nowhere."

"It was difficult at first to even think that we could possibly turn it into a story," says Fager. "We couldn't imagine a possibility where we could watch it or finish it or see Bob, and we expected we were going to have to kill [the story] -- which we didn't want to do."

60 Minutes Overtime's Ann Silvio interviewed Fager, producer Harry Radliffe II and correspondent Steve Kroft about the decision to finish Simon's report for Sunday's show. Below is a transcript from their conversation:

ANN SILVIO: Jeff, this Whisky Island story has had an unusual course here at the broadcast.

JEFF FAGER: Yeah. It almost didn't make air. It's more of a saga than it is a story for us.

ANN SILVIO: When Bob died in February what kind of shape was this story in?

JEFF FAGER: It was nowhere.

JEFF FAGER: And it was difficult at first to even think that we could possibly turn it into a story. And--

ANN SILVIO: 'Cause there was no script?

JEFF FAGER: There was no--

JEFF FAGER: --script. There was no structure. But we couldn't imagine a possibility where we could watch it or finish or see Bob and expected we were gonna have to kill it, which we didn't wanna do. Because it was a classic Bob shoot.

JEFF FAGER: It had so many great elements to it. Just rich in terms of the adventure that it was into these beautiful old distilleries and ancient and fun and whisky and Bob.

[Bob Simon: I'll tell what I think when I can talk again.]

JEFF FAGER: Bob liked his whisky. He really did.

[Master Distiller: You've consumed a thousand dollars of whisky and you're still standing. I can't afford you darling!]

JEFF FAGER:...it had that Scottish, you know, charm all over it and we pined for it in a way.

HARRY RADLIFFE: It was a happy shoot. It was a beautiful place and, you know, Bob, he fell under Islay's spell and by the time we left, you know, he was talking about when he was gonna come back. Well, it's that kind of place.

ANN SILVIO: Harry is the producer of the story. He pitched this idea. Viewers, they know Bob. They don't know Harry.

JEFF FAGER: Yeah, look, Harry Radliffe is-- I think-- also a classic like Bob Simon, you know, in the mold of a classic CBS News producer. He's always looking for something that elevates a story or a situation.

ANN SILVIO: Harry, you went to Islay, an island off of Scotland where some of the best whiskies in the world are made and you come back from the shoot and what happens from there?

HARRY RADLIFFE: I mean, I came back from this shoot and shortly afterwards, I was diagnosed with a serious illness that, you know, sidelined me for a long time. We just knew-- we just hoped, at some point, I'd come back and we'd put it together.

JEFF FAGER: There's a period of gestation for every story we do. But this one was snakebit in a way that, of course, we couldn't have predicted. That Harry got so ill after they shot it, and we were all so worried about him, that finishing that story was not a priority at all. And I think the kind of sad and difficult irony is that Harry did start to get healthier. At that very moment we lost Bob in that terrible accident.

HARRY RADLIFFE: We were going to work on the script for the first time the day-- you know, it turned out to be the day after he died.

ANN SILVIO: Was it important to you that you finish this story and get it on the air?

HARRY RADLIFFE: Yeah, yeah, I mean, I understood the concerns that you know, the questions about whether this was an appropriate thing to do. What would it be like to have one correspondent narrate the story of a deceased correspondent? It's a good story. I mean just because Bob died doesn't mean that that story doesn't get seen. It-- I mean that shouldn't happen. I mean he-- he would have hated that.

ANN SILVIO: Have you ever had a situation like this where a correspondent has died and you run--

JEFF FAGER: No. There's never been a situation where a correspondent died and we had another correspondent finish the story. Actually write most of the story based on some of his notes as well, which Steve had.

JEFF FAGER: Yeah. So in a way it was a collaboration between Steve and Bob

ANN SILVIO: Why Steve Kroft? Why have Steve do this?

HARRY RADLIFFE: Because he and Bob were friends. I think they respected each other. Steve has some knowledge of whiskey. And he wanted to also try to be faithful to what he thought might have done if Bob would've lived to do it.

ANN SILVIO: What were-- during your writing process or your tracking, were you in a sense sort of channeling Bob in a way? Or were you-- you know, you two have very different styles.

STEVE KROFT: I think we realized very early on that we can't try and do a story in Bob Simon's voice. What we tried to do was to salvage the story which was a great story. It's not like I was trying to channel Bob. In the end, we incorporated him as a character in the story. It's the first time really that I've tried to do anything like this in which I was never there, never at the place. It was actually in some ways more difficult than doing a story that was completely from scratch because I had to get a feel for the story

ANN SILVIO: The interesting thing to me is that you didn't need this story.

ANN SILVIO: You have more stories than you have slots to fill this season.

JEFF FAGER: Yeah, it's true. We do. I guess it's part of what happens here at a place like 60 Minutes where it becomes about the work but it's also about the family. And somehow, they get intertwined, those things. We've been together many years, so many of us.

JEFF FAGER: Yeah. As time went on and as we thought about it more, it just seemed like the right thing to do. So it's not as if it was a plan. It just happened. And sometimes that's the best way.

Photos courtesy of the Bruichladdich Distillery and Wim de Vos