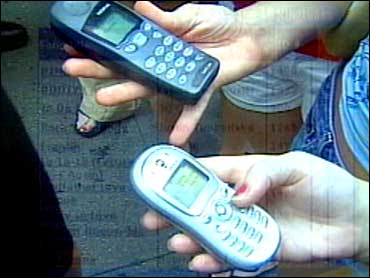 This column was written by Anthony Salvanto and Michael Butterworth of the CBS News Survey and Election Unit.


Before the election, many observers worried that the pollsters were missing key people in their surveys: the small but growing group of Americans who now use only a cell phone as their sole phone line.

Pollsters can only dial the traditional, land-based phones that these people have either ditched or may never have had. So how would pollsters know how they were going to vote, pundits asked, if no one was calling them? And so how could pre-election polls be right?

As it turns out, there wasn't too much cause for worry -- at least this time: cell-only people were a small portion of voters, and in fact they were a lot like many of the land-line people who were included in pre-election polls.

Here's a look at what happened. If a poll systematically misses a group, there are two important questions: how large is the group, and are those people different from those who are included?

First, just how many went missing? The CBS News National Exit Poll, conducted by Edison-Mitofsky, asked Election Day voters if they used only cell phones. This Exit Poll was the only survey that could reach this group -- it interviews people face-to-face as they leave the polling place, with no phone (cell or otherwise) required.

We estimate 6 percent of all 2004 voters have indeed "cut the cord" and gone cell-only. (To be precise, 7 percent of Election Day voters said they were cell-only. The question couldn't be asked of absentee and early voters, since they of course did not go in person to the polls on Election Day, and so had to be interviewed only by those land-line surveys. Adjusting the exit poll's estimate to match the demographics of all voters, including the absentees, results in the 6 percent figure. Absentee voters, it is worth noting, are generally older and therefore less likely to use only cell phones.)

How did cell phone-only people vote? Before the election many (including some Kerry supporters) assumed that the cell-only people were younger -- the more tech-savvy, college-age under-30 crowd who were practically born with a cell phone in their hand -- and would be heavily pro-Kerry.

And they did indeed go for Kerry: 54 percent of cell-only users on Election Day said they voted for Kerry and 45 percent voted for Bush. And cell-only voters under age 30 went 58 percent for Kerry. (By comparison, among everyone who had a land line -- which was nearly everyone -- the Election Day vote was 48 percent Kerry, 51 percent Bush.)

But that 58 percent Kerry vote among the young, cell-only users was not very different than the vote of under-30 voters with land lines, who went 56 percent for Kerry -- and who had been included in pre-election polls. Were the people we missed in our pre-election polls radically different from the ones we included? No, they were not.

So, in our surveys before the election, when we accounted for people under 30 and discussed how they were thinking, the ones we could talk to (those with land lines) were in fact doing a good job of representing the vote choices of all voters under 30, including the cell-only ones. It doesn't appear there was enough difference in those choices between the cell-only voters and the rest to have impacted the pre-election polls. And in fact, the final CBS News/New York Times Poll accurately predicted President Bush and his margin of victory.

But none of this means we can dismiss the cell-only phenomenon for the future. Even if it did not have much impact this time, it may very well soon.

Consider: out of all voters under 30, almost one in five is now cell-phone only, a far higher rate than any other age group. This age cohort is coming into the electorate less tied to standard phone lines (and less reachable by standard phone lines) than any other, and maybe more of them -- and of all age groups -- will give up their land lines in the coming years as reception and rates continue to improve. In other words, whatever the conventional wisdom about cell phones was this year, by 2008, not accounting for them in pre-election polls may turn out to be, well, unwise.

By Anthony Salvanto and Michael Butterworth

"No Excuse, Sir" Is The Only Answer