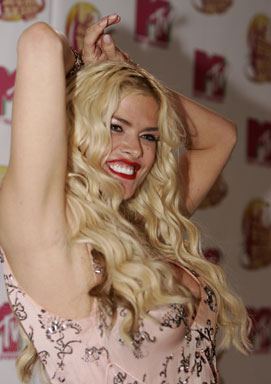 Coming in, the New York Mets tried to downplay their second series with the Yankees. After the game, even they admitted this was a win they needed.

Mike Piazza hit a tiebreaking three-run homer and Al Leiter outpitched Roger Clemens for the second time in a month, leading the Mets to a 5-2 win Friday night in the opener of Subway Series Part Two.

"Guys prefer not to make a big deal of it before the games because it could set you up for a downfall," Leiter said.

"But these games are exciting and they are important."

They are especially important to the Mets, who have been unable to beat their two biggest rivals the last two seasons. They had lost 17 of 24 to the crosstown Yankees and division-leading Atlanta Braves.

"I look at us as one of the better teams in baseball the last few years," Matt Franco said. "But when we play the good teams like Atlanta and the Yankees we don't seem to play that way. We need to show the good teams we can beat them. And we need to show ourselves that too."

In front of a boisterous sellout crowd of 53,820 -- a mixed group that united only to give Knicks coach Jeff Van Gundy a standing ovation after he threw out the ceremonial first pitch -- the Mets did that for at least one night and tied the season series at 2.

They used the same formula that helped them win the finale at Yankee Stadium on June 6: Leiter pitched brilliantly and Piazza and the rest of the Mets' hitters pounded Clemens (8-3).

After the Yankees tied the game at 2 in the top of the sixth, Edgardo Alfonzo opened the bottom of the inning with a bloop single to right and John Olerud walked.

"Clemens wasn't as sharp as I've seen him before," said Olerud, who also hit a solo homer in the third. "He got behind in the count and didn't pitch like himself."

Piazza then hit a scorcher into the bleachers in left-center for his 18th homer. The crowd gave Piazza a standing ovation and he responded with a curtain call.

"It ranks right up there with the best homers," Mets manager Bobby Valentine said. "It left so fast, I wasn't sure if it was going to clear the wall."

Piazza is 5-for-9 against Clemens with two homers, including one last month when the Mets snapped the Rocket's AL-record streak of 20 consecutive winning decisions.

Leiter (8-6) continued his impressive run that began last month against the Yankees. He allowed two runs and four hits in eight innings. After starting the season 2-5 with a 6.39 ERA, the Mets ace has gone 6-1 with a 2.79 ERA.

"He can't throw the ball straight," the Yankees' Paul O'Neill said. "It seems like every time he pitches against us, he pitches well."

The Mets have also rebounded since losing the first two games against the Yankees. They entered the finale last month on an eight-game skid and fired three of their coaches the previous night. They are 22-10 since then and have the fourth-most wins in the majors.

The Mets opened the scoring in the second when Brian McRae doubled and came home on Rey Ordonez's single. Ordonez had saved at least one run in the first inning when he ranged from his shortstop position to make a sliding stop of a grounder by O'Neill to the right of second base. Ordonez threw out O'Neill and the Yankees stranded Chuck Knoblauch at third.

Clemens, who is 1-4 with a 6.35 ERA in five regular and postseason starts at Shea Stadium, allowed nine hits and five runs in six innings.

"Piazza is definitely the one guy you don't want to let beat you," Clemens said. "I thought I pitched a good game. One blow beat us."

Armando Benitez pitched the ninth for his sixth save. After Scott Brosius' leadoff double, Benitez struck out Tino Martinez. Last year, when Benitez was with Baltimore, he triggered a nasty brawl by beaning Martinez and wasuspended for eight games.