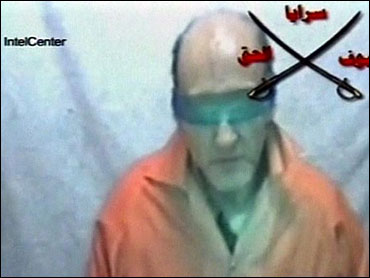 The New York Mets lost Mike Piazza long before the first pitch. That was about the only thing that went wrong for them Friday night.

The Mets overcame the absence of their cleanup hitter, with John Olerud driving in three runs and keying a big sixth inning for a 9-2 victory over the Arizona Diamondbacks and a 2-1 lead in the NL division series.

With Piazza's banged-up left thumb in a cast it's not broken, but his status for the rest of playoffs is uncertain the Mets managed to win without their All-Star catcher.

Rick Reed, pitching to backup Todd Pratt, worked six strong innings. After Olerud and Darryl Hamilton hit two-run singles in the sixth, the Mets' bullpen and a loud crowd of 56,180 closed out the first postseason game at Shea Stadium since 1988.

Now, New York gets its chance to advance to the next round Saturday afternoon in Game 4. Al Leiter, who pitched a shutout in the wild-card playoff against Cincinnati, starts for the Mets against Brian Anderson.

"Our backs were against the wall just to get into the playoffs, so we're relaxed," Reed said. "I'm just glad Al Leiter's on the mound, he's played so well in the big games."

Rickey Henderson had three hits, including an RBI sngle, and stole his sixth base of the series for the Mets. Benny Agbayani, batting cleanup for the first time in his major league career, added two hits and Pratt drew two walks and scored a run.

Turner Ward had a two-run, pinch-hit homer for the Diamondbacks, but little else went right for them. Arizona hurt itself by making three errors and issuing eight walks.

Dan Plesac, who began his major league career in 1986, made his first postseason appearance and it was a disaster. Brought on to retire left-handed hitters they batted .186 against him this year he gave up the game-breaking singles to Olerud and Hamilton.

Omar Daal beat Reed twice in the regular season, but could not duplicate that success.

Agbayani led off the second with a single and a two-out walk to Pratt "I'm no Mike," he said before the game, referring to Piazza's 40 home runs and 124 RBIs set up an RBI single by Rey Ordonez.

The Mets made it 3-0 in the third on Olerud's RBI single and a run-scoring grounder by Robin Ventura. Arizona had a chance to turn an inning-ending double play on Ventura's ball, but shortstop Andy Fox overthrew Daal covering first base. Daal pounded his hand on the dirt as the ball sailed out of play.

Ward batted for Daal and homered in the fifth. That was the lone mistake by Reed, who allowed four hits.

Olerud struck out with the bases loaded to end the fourth, then the Mets put it away in the sixth against Darren Holmes and Plesac. Walks to Pratt and pinch-hitter Bobby Bonilla set up Henderson's RBI single, and Plesac allowed run-scoring hits by Olerud, Roger Cedeno and Hamilton.