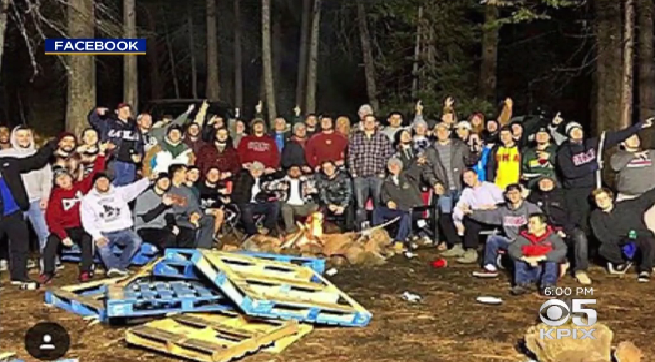 CBS San Francisco reports the fraternity brothers are accused of hacking down more than 32 trees as part of an initiation ceremony in April for new pledges.

Each member now faces charges that include vandalism, illegal firearms and degrading U.S. territory. Their president, Evan Jossey, is also being charged with federal crimes.

But the brothers say they didn't do anything wrong. It's finals weeks at the university and the men are lying low. It's not just the pressure of final exams -- it's also the pressure of a federal investigation.

The U.S. Forest Service says the fraternity left a mess at a campground.

"It sounds like they got a little out of hand in the middle of nowhere and caused some damage," student Mark Anderson said. "Poor judgment and planning."

The chapter doesn't have a house, but it's Facebook page says it denies at least some of the allegations launched against them.

The fraternity brothers say they also face threats from the community.

The U.S. Forest Service released surveillance photos of young men buying the tools they believe were used in the vandalism.

They fraternity and its president are scheduled to make a court appearance on June 26. Additional charges may be filed against the men.