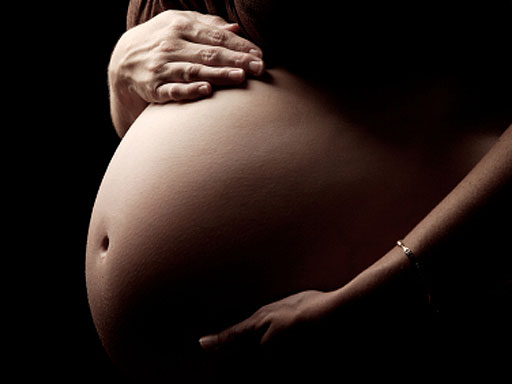 Exposure to chemicals found in plastics called phthalates may make a pregnant woman more likely to have a preterm delivery.

Researchers looked at 130 women who had given birth before they were full-term and compared them to 352 healthy control subjects. During pregnancy, women gave urine samples, so doctors could determine their level of phthalate metabolites.

Phthalates are plasticizer chemicals that are commonly found in products including toys, wall coverings, nail polishes and food packaging. The Food and Drug Administration states that the effect of phthalates on health remain not well-defined.

Researchers found that women who had higher phthalate metabolite levels in their urine had a higher chance of delivering a baby before full gestation, which was set at 37 weeks. Preterm birth is a leading cause of complications and infant death, the researchers noted.

"As exposure to phthalates is widespread and because the prevalence of preterm birth among women in our study cohort was similar to that in the general population, our results are generalizable to women in the United States and elsewhere," wrote the study's authors. "These data provide strong support for taking action in the prevention or reduction of phthalate exposure during pregnancy."

One study found exposure to the chemicals may increase insulin resistance in teens, a condition where the body doesn't effectively use the hormone insulin to break down sugars and starches found in food. This may raise risk for Type 2 diabetes. Phthalates have also been linked to obesity in African-American children, and phthalates in nail polishes and hair sprays have been connected to a higher diabetes risk for women.

The researchers added that phthalates have been linked to problems with thyroid hormone levels in women, endometriosis and breast cancer.

They hypothesize that women may be giving birth earlier because the phthalates are causing changes in oxidative stress or increasing inflammation in the mother. However, they caution that the study just showed an association.

"This is by no means the cause of premature birth, but it is a possible contributor--which is important because it is potentially modifiable," research co-author Dr. Thomas McElrath, a physician-scientist at Brigham and Women's hospital in Boston, said in a press release. "This finding may be dramatic but women should not be alarmed. This is only the first step in a long research process that will be needed to clarify and confirm these results. It is simply too early to suggest making changes in prenatal care based on this study."

The study was published in JAMA Pediatrics on Nov. 18.

In an accompanying editorial, Dr. Shanna H. Swan, a professor of preventive medicine and obstetrics, gynecology and reproductive science at the Icahn School of Medicine at Mount Sinai in New York, wrote that the authors "have contributed the first robust study suggesting that phthalates, pervasive in the environment of prenatal women, may be important contributors to the unknown and other causes of preterm delivery."

Dr. Stephen E. Welty, the chief of the neonatology service at Texas Children's Hospital in Houston, told CBSNews.com that he considered the association between preterm birth and phthalate exposure to be strong.

He admitted it would be impossible to avoid phthalates completely, but said there are some things people can do to reduce their exposure. He suggested not eating or storing food in plastic containers, because phthalates are known to leech into food items. Welty also said to be careful to use cosmetics that have even low levels of phthalates.

"I think there will come a day where we will be more aggressive about warning people about their exposures," he said. "There may come a time where we limit our exposure to plasticizers or try and find a new one."