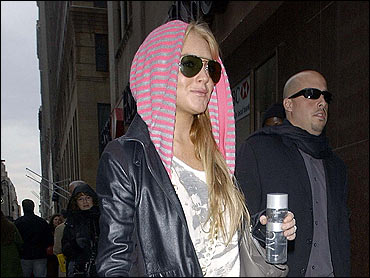 Only days after joking about rumors she drove over a photographer's foot, Lindsay Lohan is being sued by the paparazzo in question.

Arnold is suing for unspecified damages and "exceeding the jurisdictional limits of all lower courts" which would normally handle this type of case.

On Monday night's interview on Late Show With David Letterman, the talk show host had some fun with Lohan, asking her which of the many rumors about her were actually true.

"No, but I should," she replied, laughing.

"Not a bad idea," Letterman agreed.

"The guy completely faked it," Lohan added. "It was amazing."