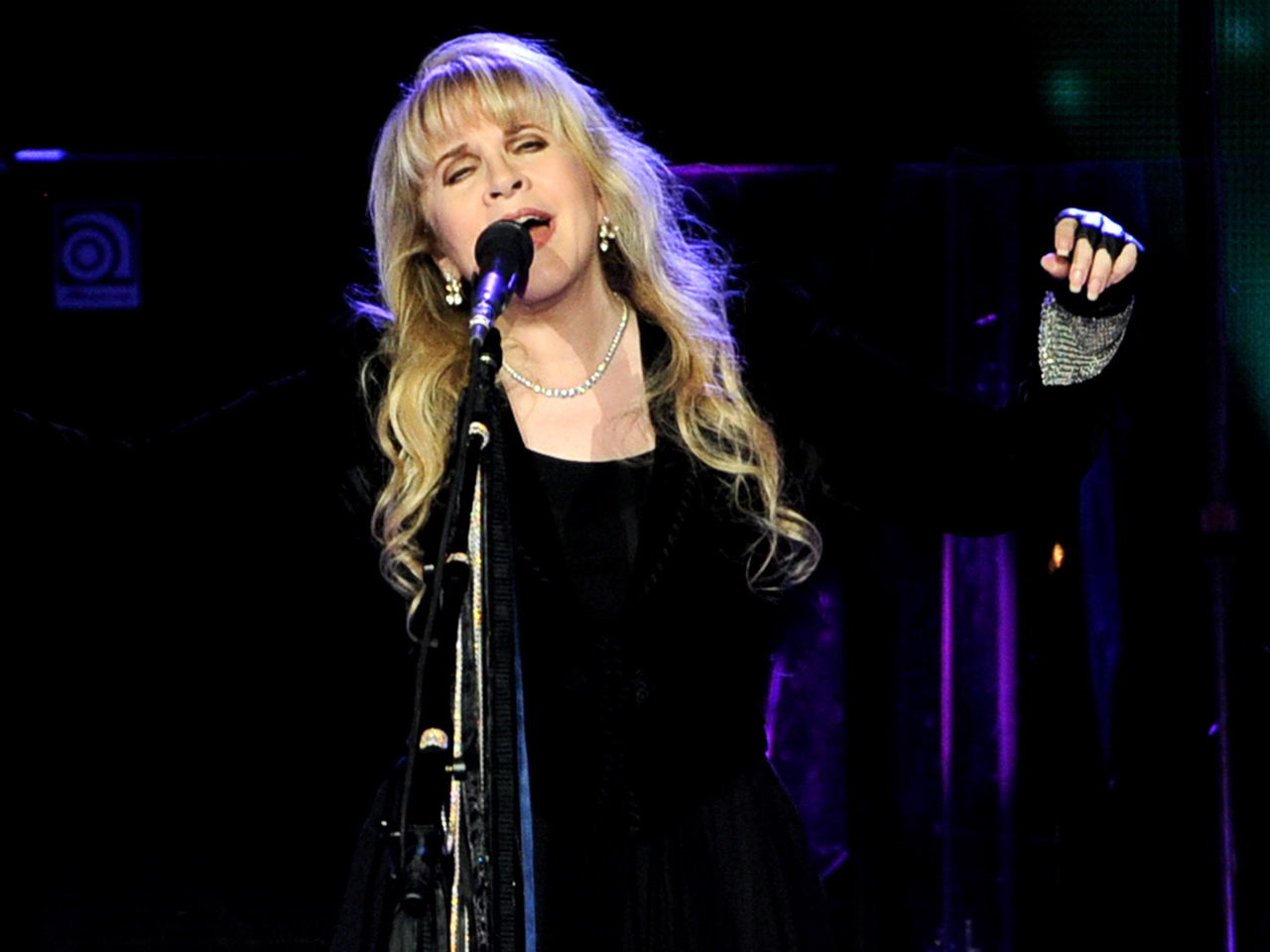 Stevie Nicks has arrived on the set of "American Horror Story: Coven" and there's a picture to prove it. Co-creator/producer Ryan Murphy tweeted a photo of the Fleetwood Mac singer this week:

Throughout the series, Nicks has been an inspiration to the character Misty Day, played by Lily Rabe, and according to EW.com, the 65-year-old songstress will show up in episode 10 this season as herself. Murphy said, "It's part of Fiona's ruse in that Fiona is trying to get the true Supreme to reveal herself because she needs to stay alive. So she tells Misty Day that the Supreme gets so many great things in life, like tickets to the Oscars and Met Ball tickets. So she brings Stevie Nicks in as a gift to Misty to prove to her that if she exhibits more power she'll get that and more."

Plenty of stars have graced the set of "American Horror Story," including Jessica Lange, Angela Bassett and Kathy Bates.

"Coven" marks the third edition in the "American Horror Story" series, which is returning for a fourth season.