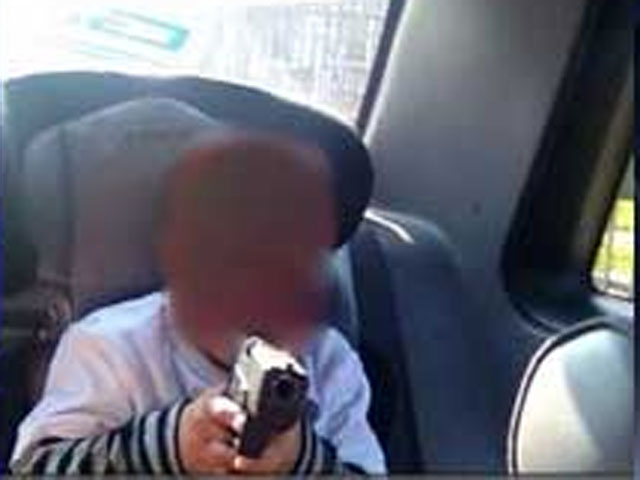 (CBS) STOCKTON, Calif. - The father of a 6-year-old Northern California boy seen posing with a gun while in a car seat is now facing child endangerment charges, in addition to weapons and drug counts.

Mulvihill added that it not the first such picture he has seen, and likely won't be the last.

"This child is on a track right now to think engaging in criminal activity is ok. The likelihood of him offending now in the future is much higher given the environment he is in," said Mulvihill.

A San Joaquin County superior court judge charged him and his younger brother Ricardo Gonzalez, 18, with a slew of felonies including child endangerment.

Cops confiscated the phone along with drugs and guns during a bust earlier this week, CBS Sacramento reported.

Mulvihill says the gun-toting picture highlights the need for the community's help to break the cycle of violent crime plaguing Stockton.

"We have a lot of great teachers and coaches who help kids like this in bad environments and we hope one or two of those kids in those types of families make it out," said Mulvihill.

Bail for the 6-year-old's father was set at almost half a million dollars.