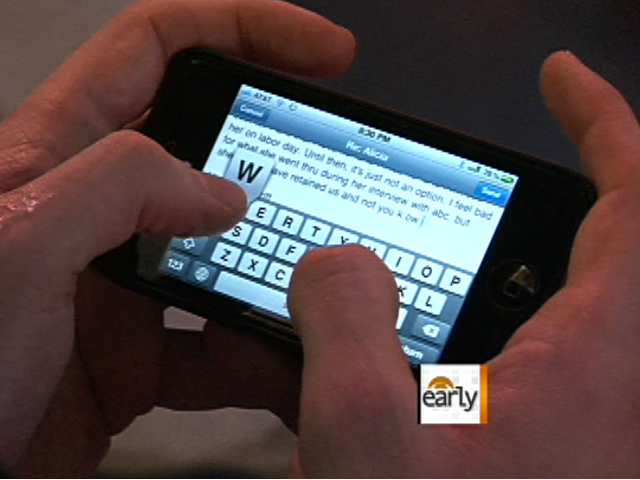 For many people, old-fashioned tools like maps, cameras, books, and even iPods have been replaced and integrated into one small device, the smartphone.

But now, there's concern among psychologists that the growing number of people who favor smartphones over face-to-face interaction, might be suffering from a form of addiction, CBS News correspondent Betty Nguyen reports.

"To be honest, I'm never without it. I know I'm addicted, because I know without it, I do have withdrawal," he said.

But Berritt isn't the only one living his life almost completely online.

Around the world, smartphone sales have exploded. In 2010, an estimated 302 million devices were sold. By 2016, that number is expected to hit one billion. And, as those devices become more integrated in people's lives, psychologists say smartphone users are in danger of becoming addicted.

According to Dr. Michael Dow, an addiction expert, "The more connected we are the less we're connecting."

Experts like Dow say that too much smartphone use, not only cause people to disconnect from reality, but smartphone withdrawal can cause physical symptoms, such as anxiety, insomnia, and even depression.

"It can actually create a lot of cortisol in the brain and in the body that stress hormone is actually cardio-toxic," he explains. "So it's actually very bad, not only for your mental health and your relationships, but it can also be bad for your biological health as well."

But like other vices, for many, the power of this addiction outweighs the mental and physical costs. And until something 'smarter' comes along, Nguyen remarked young people on the move - like Berritt - show no signs of putting down their Smartphones anytime soon.