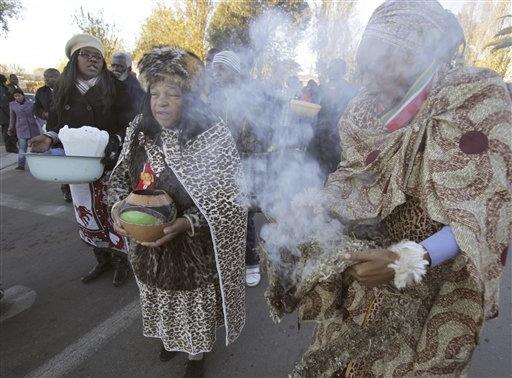 New drivers have enough things to worry about without adding cell phones and other wireless devices to the mix, federal safety regulators say. They want all states to make it illegal for teenagers and other novice drivers to jabber on phones.

The National Transportation Safety Board on Wednesday voted to add to its annual list of "Most Wanted Safety Recommendations to States," a ban on novice drivers using any wireless communication devices.

"Learning how to drive while distracted is definitely a recipe for disaster," said the safety board's acting chairman, Mark Rosenker.

The NTSB only has the power to make recommendations, but its staff and board members personally lobby, often with success, for changes the board considers most important.

"It does make a difference," said Judie Stone, president of Advocates for Highway and Auto Safety, which supports the ban.

Already, 11 states and the District of Columbia restrict cell phone use among novice drivers, and some ban hand-held cell phones completely, according to the safety board. The states with restrictions on wireless communication while driving are Colorado, Connecticut, Delaware, Illinois, Maine, Maryland, Minnesota, New Jersey, New York, Tennessee and Texas.

Many states are reluctant to completely forbid drivers from using cell phones, but are willing to restrict their use among new drivers, said Jonathan Adkins, spokesman for the Governors Highway Safety Association, which supports the recommendation.

"It's a good compromise for legislators who want to do something about the issue," said Adkins. "People get in these big heavy conversations and they're not focused on their driving."

Adkins applauded the NTSB's decision to focus on new drivers, rather than just teenage drivers.

"It's an issue of experience with driving, not the issue of maturity," he said.

Teenagers, though, comprise the vast majority of new drivers, and automobile accidents are the leading cause of death for teenagers. They account for 14.3 percent of accidents but only 6.4 percent of the driving population, according to the NTSB.

The safety board also added to its "Most Wanted" list: