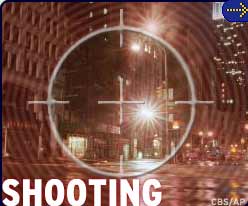 (CBS/AP) PHOENIX - Police say they identified a woman, her teenage daughter and the woman's brother as the people shot to death by the woman's estranged husband Tuesday night at a north Phoenix home.

CBS affiliate KPHO reports Michael Sanders, 53, drove his car a couple of blocks away then walked back to the house and ambushed Carol Sanders, 51, Audrey Sanders, 14, and Tom Fitzpatrick, 49.

A medical examiner will need to formally identify the bodies.

According to the station, Michael Sanders is believed to have seen Fitzpatrick's in a car in the driveway, and fatally shot him before spotting Carol and Audrey Sanders in the garage.

Michael Sanders allegedly walked in the garage and closed the door.

Michael Sanders reportedly dragged his wife's body to the backyard and set it on fire before killing himself. Police said the woman's body was so badly burned, they could not determine if she was shot.

Crump says Carol Sanders had moved from the home and returned Tuesday after obtaining a protective order to retrieve belongings.

Police were last called to the house about a month ago, when someone at the home was threatening suicide.