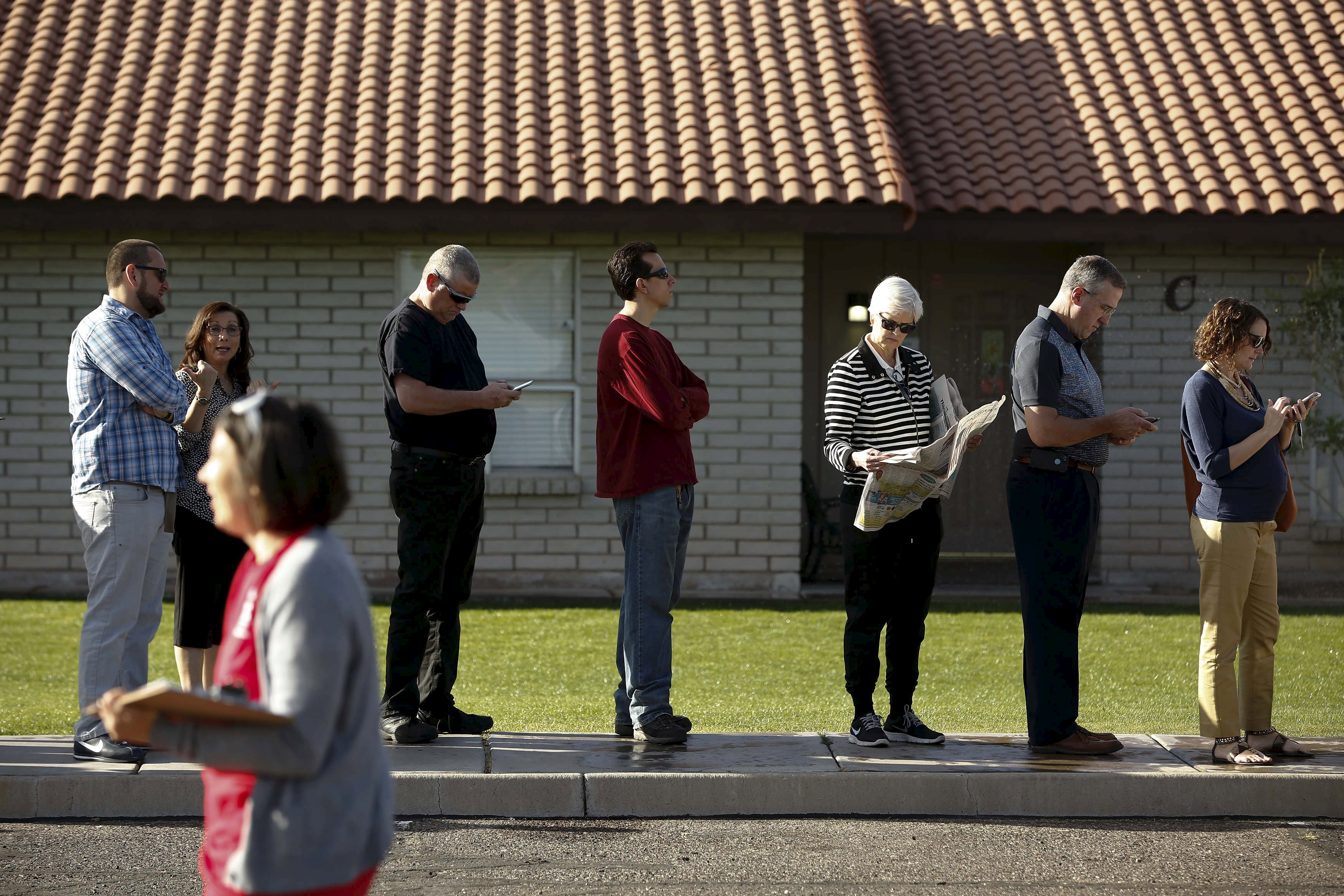 "Throughout the county, but especially in Phoenix, thousands of citizens waited in line for three, four, and even five hours to vote," Stanton wrote in his letter to Lynch on Thursday. "Many more simply could not afford to wait that long, and went home. This is unacceptable anywhere in the United States, and I am angry that County elections officials allowed it to happen in my city."

The Justice Department confirmed to CBS News that it has received a request and will review it.

Vermont Sen. Bernie Sanders praised Stanton's decision to call for an investigation. The Democratic candidate had previously spoken out about the issue, including sending a fundraising email on the topic following Tuesday's primary.

Clinton's campaign counsel, Marc Elias, also called in a post on Reddit for further investigation, saying he "shares the concerns" of those who have spoken out.