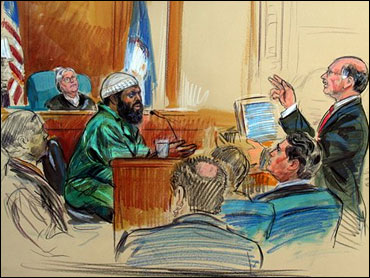 It was promised that they would disappear "like a mirage," and they did: frenzied rock fans finally settled into one of Florida's biggest millennium celebrations, ending one of the state's biggest traffic jams.

At least 75,000 revelers choked Alligator Alley - south Florida's main east-west highway - in a 20-mile, 36-hour traffic nightmare this week as they headed to a concert by the rock band Phish in the middle of a Seminole Indian reservation in the Everglades.

"It's all clear now, finally," Florida Highway Patrol Trooper Vernon Slater said. "But tomorrow it will be bad again, in the opposite direction."

Thousands of cars, vans and trucks created a bumper-to-bumper traffic tie-up Wednesday and Thursday on four-lane Interstate-75, which is known locally as Alligator Alley because it passes through the gator-infested Everglades.

Impatient fans gave up on their cars and trudged, ran or skateboarded down the side of the road.

One fatality occurred during the massive traffic jam. Robert Hickey was killed Wednesday after he fell off the doorstep of a motor home on which he was traveling and the vehicle ran him over. He died at the scene.

Michael D. Price, the driver of the motor home, was charged with driving under the influence, DUI manslaughter and careless driving. Both men were from Boulder, Colo.

Tens of thousands of Phish fans - who follow the band from venue to venue similar to Grateful Dead fans of years past - were camped out at the Indian reservation, about 40 miles west of greater Fort Lauderdale.

Authorities reported the festival was peaceful Friday. The grand finale will be a marathon show by the band starting before midnight and lasting until dawn on New Year's Day.

"We're sorry for the inconvenience, but like a mirage in the desert we will soon disappear," said David Werlin, president of Great Northeast Productions, the Boston-based promoter of the concert. He said 75,000 tickets were sold.