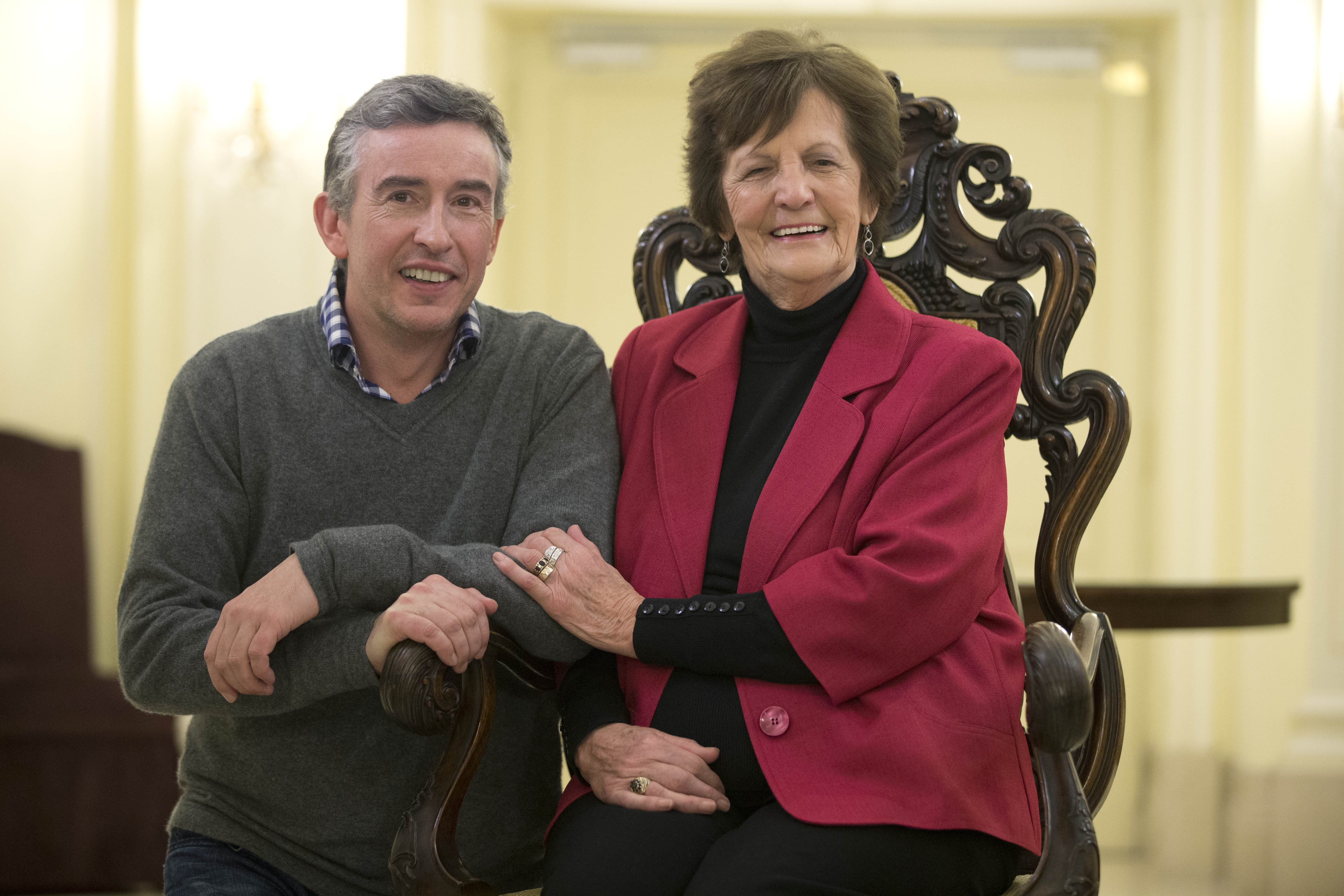 VATICAN CITY -- The woman who inspired the Oscar-nominated film "Philomena," about an Irish mother forced to give up her son for adoption, says she doesn't blame the Vatican for her ordeal, despite a damning U.N. report essentially holding the Holy See responsible for such practices.

Philomena Lee spoke at a news conference Thursday after meeting briefly with Pope Francis and screening "Philomena" for Francis' personal secretary at the Vatican a day earlier.

Lee was sent to a Catholic-run boarding house in Ireland after she got pregnant as a teenager in 1952, one of thousands of young Irish women essentially incarcerated in shame for having had an out-of-wedlock child in the staunchly Roman Catholic country.

Lee's son was sent to the United States to be adopted when he was 3 and she never heard from him again.

On Wednesday, a U.N. human rights committee essentially held the Vatican responsible for such forced adoptions arranged by Catholic-run institutions in Ireland, urging it to investigate and compensate victims. The recommendation was contained in a scathing report on the Vatican's failure to protect children as a signatory to a U.N. treaty on children's rights.

Lee, however, said she doesn't blame the Vatican or anyone for what happened to her. She said that in meeting Francis she actually felt that her sins for having had a child were finally forgiven.

"You were made to feel so bad about having a baby out of wedlock," she recalled. "I've carried the guilt inside for 50 years, without telling anybody."

"So I had such a sense of relief that I had been forgiven," she said.

Asked if the church should ask her forgiveness, for having taken her son away from her, Lee said she initially was bitter about what had been done to her, and that she did "lose my religion a little bit."

"But over the years, after such a long time - Anthony would be 62 this year - so how could I go through a whole of life holding a grudge? I've long since forgiven everything that did happen."

"Philomena" tells the story of how Lee set out to try to find Anthony, who died before they met. The film, which stars Judi Dench as Lee, has been nominated for four Oscars, including best picture and best actress for Dench.

Lee, her daughter and an Irish organization, Adoption Rights Alliance, are pressing the Irish government to release the files of some 60,000 women whose children were put up for adoption in those years, in a bid to help mothers and children reunite.

During the screening of the film to Vatican officials, Lee and others involved in The Philomena Project asked Vatican officials to press the Catholic Church in Ireland to release the adoption files that church-affiliated adoption agencies still keep.

The so-called mother and baby houses where Lee was sent were different from the better-known Magdalene Laundries, where young women were often sent to keep them out of trouble.

The number of children forcibly put up for adoption from the Magdalene Laundries pales by comparison to the tens of thousands taken away from their mothers at the boarding houses like the one Lee attended, said Susan Lohan of the Adoption Rights Alliance.

In 1999, "60 Minutes" correspondent Steve Kroft reported on revelations that shocked the Irish people, embarrassed the Catholic Church and tarnished the country's image.

"The women had been virtual prisoners," Kroft reported. "Confined behind convent walls for perceived sins of the flesh, condemned to a life of servitude."

As one of these women told Kroft back in 1999, "It's made me feel a horrible, dirty person all my life." .
View CBS News In
CBS News App Open
Chrome Safari Continue
Be the first to know
Get browser notifications for breaking news, live events, and exclusive reporting.