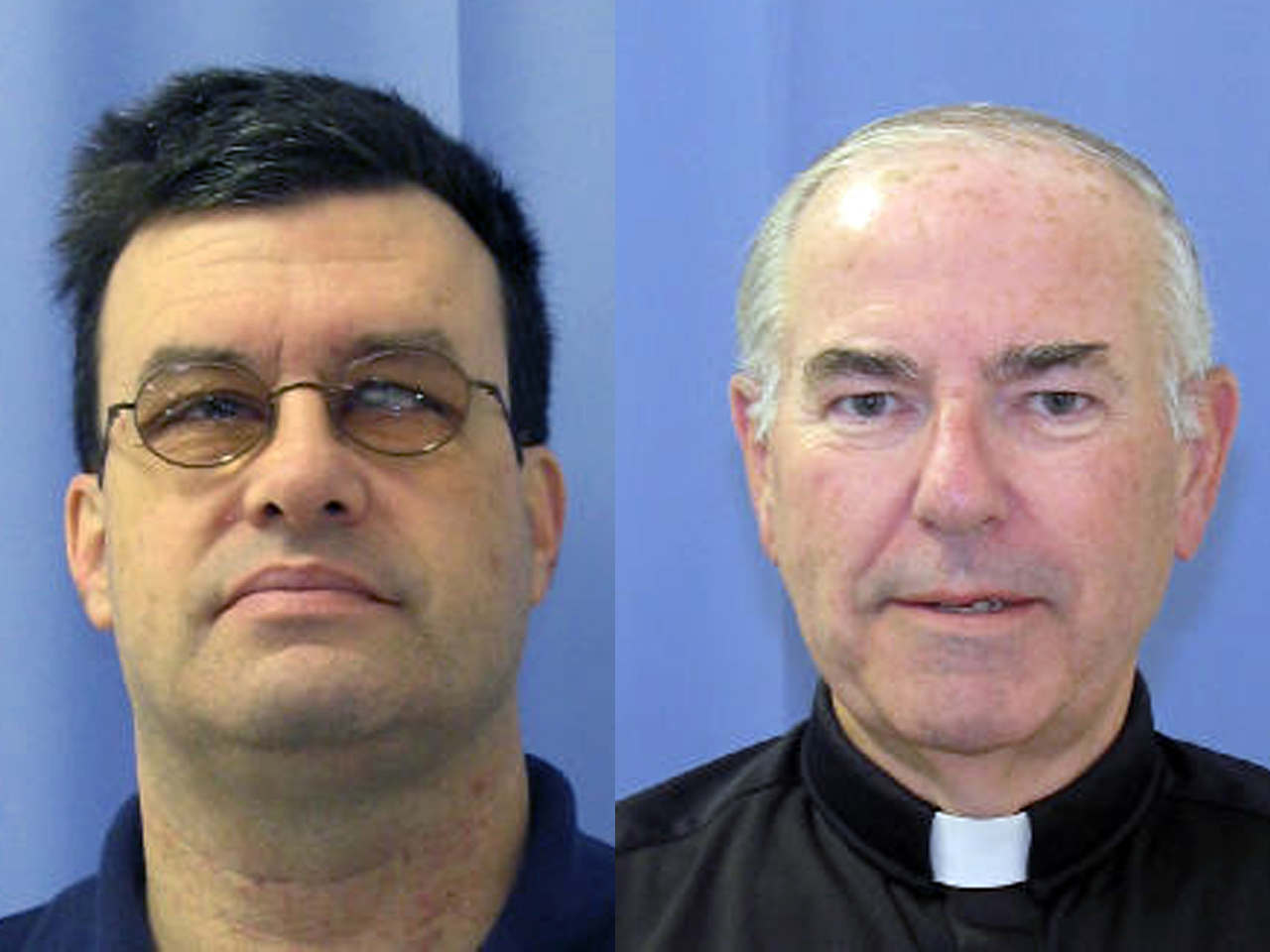 (AP) PHILADELPHIA - The Philadelphia rape trial of a Roman Catholic priest and a former Catholic school teacher has been postponed after a lawyer in the case had a death in the family.

The Rev. Charles Engelhardt and Bernard Shero are due back in court Friday to get a new trial date.

Their case has been severed from the high-profile trial earlier this year of a church official charged over his handling of abuse complaints. The Rev. William Lynn is appealing his landmark child-endangerment conviction while starting a three- to six-year prison term.

Engelhardt and Shero have pleaded not guilty to sexually assaulting a former altar boy at a northeast Philadelphia parish in the 1990s.

Their accuser, a policeman's son, told authorities in 2009 that he had been raped by three adults — two parish priests and his sixth-grade teacher — during grade school. He'd gone on to a troubled life marked by drug arrests, dropping out of high school and nearly two dozen stints in rehab.

Prosecutors believed his abuse claims. They used his story to help build a landmark conspiracy case against the Roman Catholic Archdiocese of Philadelphia, and dubbed him "Billy" in their 2011 grand jury report.

Now the troubled young man's credibility will be on the line when two of the men he's accused go on trial.

"There's going to be some rough times in cross-examination. There always are," said Philadelphia lawyer Slade McLaughlin, who represents the 24-year-old in a civil lawsuit against the church. "(But) he's ready to rock and roll."

The broader conspiracy trial ended in June with the conviction of Lynn, the church official who kept one of Billy's alleged attackers, former priest Edward Avery, at St. Jerome's despite an earlier complaint. Avery pleaded guilty to sexual assault in March in a deal with prosecutors that netted him two-and-a-half to five years in prison.

And though Billy testified at Lynn's trial, his second visit to the witness stand may prove far more treacherous. Lynn's lawyers chose not to cross-examine him because of concerns the judge would let jurors hear about Avery's plea if they challenged Billy's credibility.

But he's bound to face tough questioning this time, as the 65-year-old Engelhardt and 49-year-old Shero fight rape charges that could send them to prison for years.

"He's been through it once, but in a very different scenario," McLaughlin acknowledged. "He's somewhat untested in that regard."

It's not yet clear whether defense lawyers will be allowed to explore his arrest record, which includes drug and shoplifting charges. A gag order in the criminal case prevents prosecutors or defense lawyers from commenting. The trial is expected to last about two weeks.

Billy spent only an hour or so on the witness stand during Lynn's four-month trial.

The jury saw photographs of him as a cheery-looking, tow-headed schoolboy, and as an earnest altar boy wearing a white robe and gold cross. The photos proved a stark contrast to the haunted young man they saw in court, with brooding eyes and a dark buzz cut. He testified that he kept the assaults secret for years, until they spilled out during group therapy at a drug treatment program.

"I thought I did something wrong — and it's a priest," he said of his 1999 encounter with Avery. "I didn't think anyone would believe me."

He said he had started smoking marijuana at age 11 to deal with the abuse, and later battled addictions to heroin, painkillers and other drugs.

The Lynn jury was not told of the similar allegations against Shero and Engelhardt, who are being tried separately because neither was an archdiocesan priest supervised by Lynn. Engelhardt belongs to a religious order, the Oblates of St. Francis de Sales. Shero taught at the Catholic school.

According to the grand jury report, the abuse began after Engelhardt caught the 10-year-old Billy drinking leftover altar wine. Rather than scold him, Engelhardt poured him more wine, showed him pornography, and cryptically warned that their "sessions" would begin soon. The priest assaulted him the following week after Mass, he said.

A few months later, Avery warned that his own "sessions" with the boy would soon start. Avery twice assaulted him after Mass, after forcing the boy to do a striptease, according to Billy's testimony at Lynn's trial.

The abuse by Shero came the following school year, according to his account in the grand jury report, when his teacher offered him a ride home. Shero instead took him to a park where he raped him, the report charges.

"He then made (the boy) walk the rest of the way home," the report said.

McLaughlin said his client, after years of turbulence, now works full-time and is on "the path to recovery."

"You see it all the time in people who have been abused. Their lives go to hell," McLaughlin said. "He wasn't abused once. He was abused by three different perpetrators."

The civil suit filed by McLaughlin is on hold until the criminal case concludes.