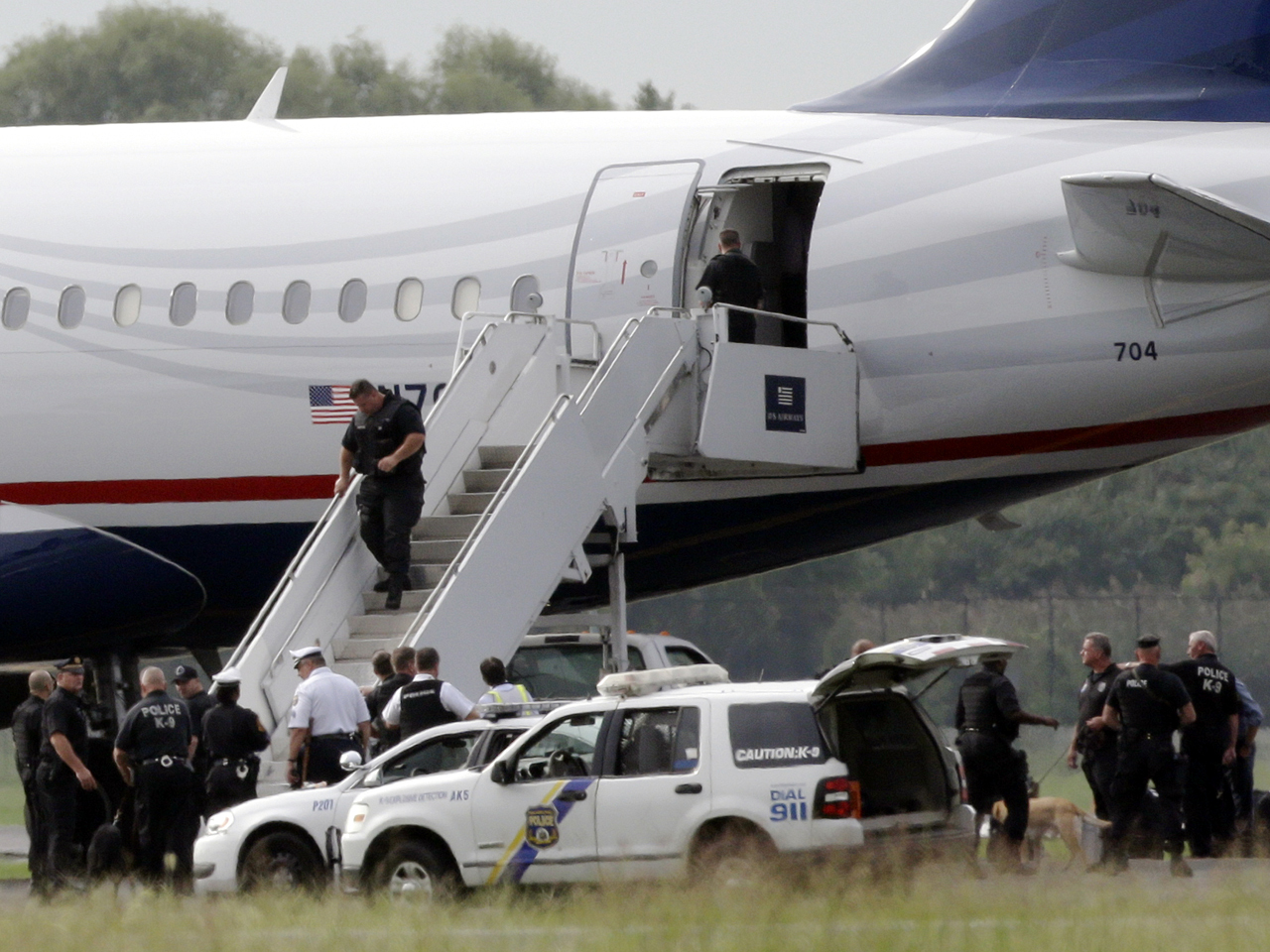 (CBS/AP) PHILADELPHIA - An airborne flight was brought back to Philadelphia, the jet was searched and a passenger was taken off for questioning because of an apparent hoax tip called into airport police, authorities said Thursday.

The passenger removed from the Dallas-bound US Airways flight did nothing wrong and was the victim of "a pretty nasty trick," Philadelphia police Chief Inspector Joseph Sullivan said.

Law enforcement sources told CBS News senior correspondent John Miller that the hoax possibly grew out of an ongoing dispute involving the man taken off the plane, his ex-girlfriend and her current boyfriend.

Sullivan said police at Philadelphia International Airport received a call around 7:30 a.m. that named a passenger who was on his way to Texas and carrying a dangerous substance. That name matched a passenger on board Flight 1267 to Dallas-Fort Worth International Airport, prompting the FBI, police and the airline to decide to turn the aircraft around after it had already flown a third of the way across Pennsylvania.

After landing, the airplane taxied to a remote section of the airport, where a slew of law enforcement vehicles surrounded it. Law enforcement officials escorted the passenger from the airplane and put him in the back of a police car.

Sullivan said the passenger, who was not identified by authorities, was very surprised to be approached by officers.

"He was obviously very alarmed, as I would be if heavily armed police officers entered a plane to take me off," Sullivan said. "And he was certainly stunned. And that's why this is no joke, this is no laughing matter."

Sullivan stressed that the passenger is not a suspect and did nothing wrong. Police are treating the hoax seriously because it had resulted in a heavy police response and a significant hassle for all those on board, he said.

"It's just an incredibly foolish and irresponsible thing to do and, bottom line, it's criminal," Sullivan said.

Earlier, an FBI spokesman said the flight was diverted because of a call reporting liquid explosives were on board. Sullivan declined to discuss the content of the call.

Sullivan declined to discuss the content of the call, but FBI spokesman Frank Burton said it came in around 7:20 a.m., minutes before the flight was scheduled to depart. Burton said police, the FBI and the airline worked quickly to get the plane on the ground.

The airplane had 69 passengers and five crew members on board, airport spokeswoman Victoria Lupica said.

Sullivan said the investigation into the phone call had been turned over to the FBI.

FBI Special Agent Richard Quinn said it was too early to speculate about what sort of charges could be filed against the caller, but they could be severe.