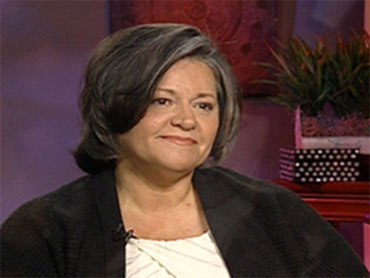 NEW YORK (CBS) When Christine Murphy was just a high school student during the early 1970s in northern California, she fell in love with a classmate named Phillip Garrido, the man who allegedly kidnapped 11-year-old Jaycee Lee Dugard and held her captive for 18 years in his backyard.

Murphy recently spoke with Inside Edition's Diane McInerney, and said that at the time, she "was in love with him."

While the two were dating in high school, Garrido was accused of raping a teenager, according to the interview. At the time, she said, she believed her high school sweetheart when he told her the girl was lying.

When Murphy and Garrido eloped in 1973, Murphy, who was 19 at the time, told IE she was full of optimism about their future. However, she said, things quickly turned violent.

"He's a monster," she told McInerney.

"He started to get controlling, he started hitting me," she added, "He smacked me, he told me to grow up."

Murphy worked at a Reno casino to pay the bills because Garrido, an aspiring musician, had no real income, according to the interview. He took LSD or smoked marijuana every day, and he became violent when she refused to go along with his desire to engage in sex with "multiple partners," she said.

Murphy still has a scar from one particular incident, which gave her a peek into what her life might become if she stayed with her abusive husband.

After seeing another man flirt with his then-wife, Garrido stabbed her in the face with a safety pin. "He took a safety pin and went after my eyes. He tried to gauge my eyes out with it," she told Inside Edition.

When she began to run away, Garrido committed what may very well have been his first kidnapping. 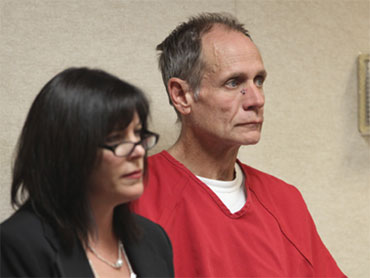 "He pulled up in front me and we got in an argument and he grabbed me and threw me in the car," she told McInerney.

"I was always looking for a way to get away," she said.

Murphy found her way out of the marriage in 1977, when Garrido was convicted of kidnapping and raping a young woman in Reno, Nevada. He was sentenced to 50 years in prison and Murphy was finally free.

"Honestly [I was] relieved. It was my exit out," Christine said of Garrido's sentence.

Christine later remarried and had four children. She had no idea that her ex-husband had been released from jail until she heard the news about the discovery of Jaycee Lee Dugard.

"It made me sick to my stomach," she says of Dugard's ordeal.

Christine says she has total sympathy for what Jaycee has gone through these last 18 years.

To Dugard and Garrido's other victims, Murphy has only this advice, "Just be strong. Take it one day at a time."