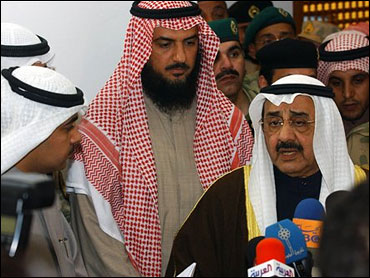 Phillies manager Terry Francona looked down his bench after falling behind five runs and saw something that made him feel a little better about his chances.

"Our dugout never changed," he said Monday night after Philadelphia rallied to beat Boston 9-8 in 10 innings. "You can't sit there and say, `We're going to win.' But we had this feeling."

Mark Lewis tied it with a solo homer in the eighth inning and Gregg Jefferies singled home Alex Arias in the 10th to give the Phillies their 24th comeback win of the year.

"These guys are too young to know any better," said Jefferies, who is one of a handful of 30-somethings on the roster. "You can't quit. You just can't. And this team does not quit."

Jefferies followed with a single to right, and Darren Lewis' throw wasn't in time. Wayne Gomes (6-2) earned the victory with 1 1-3 innings of scoreless relief and Mark Leiter pitched the 10th for his 14th save.

"It's a tough loss, but we're not machines," Red Sox first baseman Mo Vaughn said after losing for just the third time in 12 games. "You've got to put it right behind you."

Boston took an 8-3 lead before Philadelphia scored three in the sixth, one in the seventh and then got Lewis' solo homer in the eighth to tie it. It was the first run allowed by Boston reliever Rich Garces in 11 appearances.

Curt Schilling matched a career-high by allowing eight earned runs the most since he also gave up eight on May 6, 1994. He struck out 10 and walked none, but gave up 12 hits in seven innings.

"It feels so good to win that ballgame. So many guys did so many things," Schilling said. "We won. It's impossible for me to be upset, other than the fact that I pitched badly."

Boston starter Tim Wakefield gave up three runs in the first inning and three more before leaving with two out in the sixth.

The Phillies took a 3-0 lead in the first, and Boston answered with one when Nomar Garciaparra tripled and scored on Vaughn's single. The Red Sox opened the fourth with three consecutive singles before Darren Bragg hit a two-out double to tie it and Darren Lewis followed with a single to make it 5-3.

Lewis, who took second on the throw, scored on Reggie Jefferson's single before Garciaparra grounded out to end the inning. O'Leary and John Valentin hit a back-to-back homers in the fifth to make it 8-3.

But the Phillies scored three in the sixth on Jordan's RBI double, Lewis' sacrifice fly and an RBI double by Arias that chaseWakefield. Jefferies singled and scored to make it 8-7 in the seventh and Lewis' solo homer tied it in the eighth.

Notes: Before the game, the Red Sox called up Billy Ashley from Triple-A to replace the bat of Jim Leyritz, who was traded to San Diego. Ashley batted .291 with 10 homers and 45 RBIs in 51 games at Pawtucket. Brian Barkley was optioned to Pawtucket after the game. ... Garciaparra was named co-AL player of the week. He led the league with 10 runs, 25 total bases and an .833 slugging percentage. He batted .400 with two doubles, a triple, three homers and six RBIs. ... Garciaparra extended his hitting streak to 14 games with a first-inning triple. ... With 10 strikeouts, Schilling has 167 for the season and is ahead of Nolan Ryan's pace when he fanned 383 in in 1973. Ryan had 159 K's after 17 starts. It was his 40th career 10-strikeout game, and 11th this season. ... Abreu extended his hitting streak to 10 games with a sixth-inning single. ... Both 1998 rookies of the year, Garciaparra and Scott Rolen, played in the game.