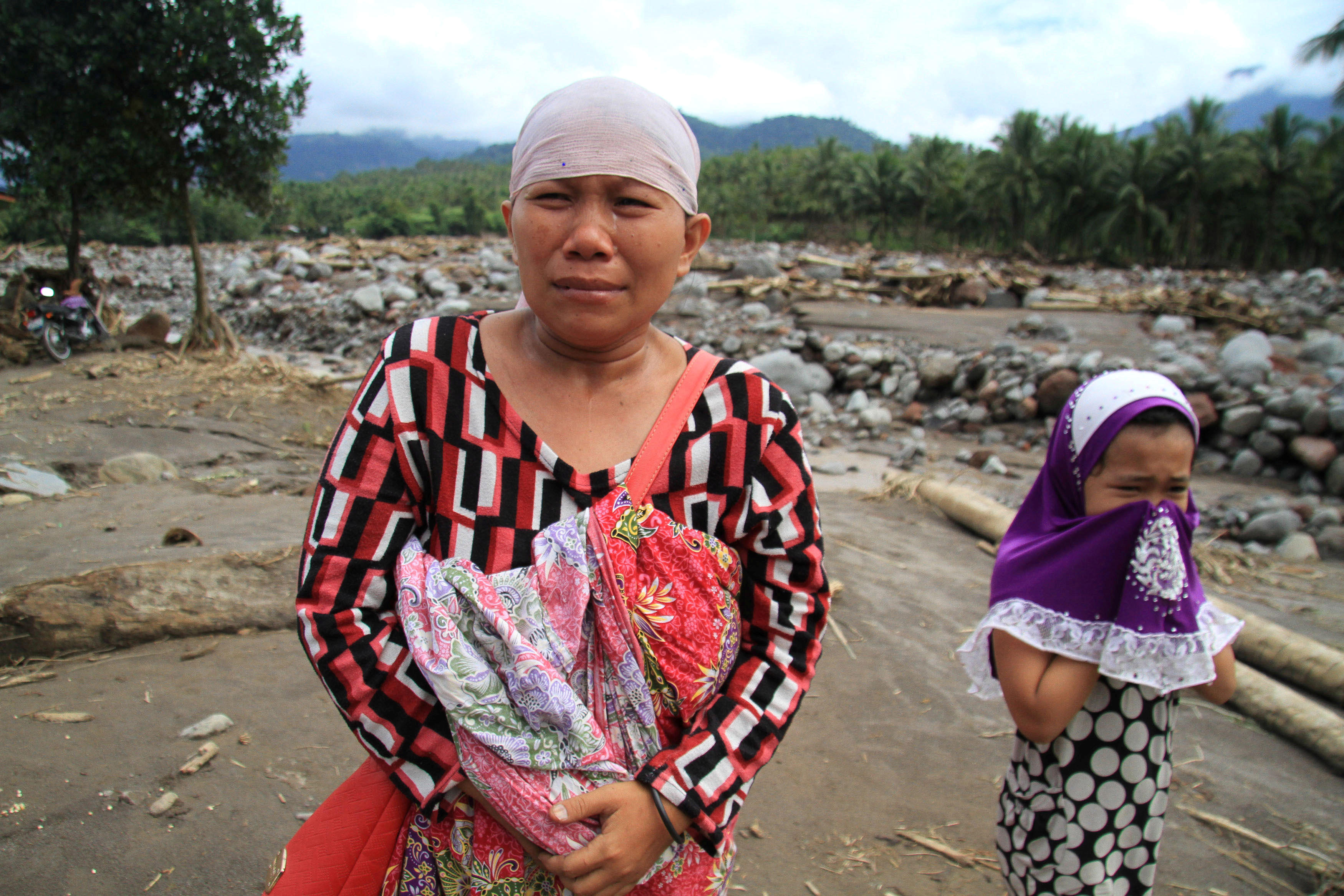 ZAMBOANGA, Philippines -- Tens of thousands of villagers in the southern Philippines spent their Christmas morning in emergency shelters Monday as the region dealt with the aftermath of a powerful storm that left more than 150 people dead.

Tropical Storm Tembin unleashed landslides and flash floods mostly in the hard-hit provinces of Lanao del Norte and Lanao del Sur and on the Zamboanga Peninsula. It strengthened into a typhoon before blowing out of the country Sunday into the South China Sea toward Vietnam.

The death toll stood at 164 on Monday afternoon with another 171 people missing, Marina Marasigan of the government's disaster-response agency said at a news conference. More than 97,000 people remain in 261 evacuation centers across the south, while nearly 85,000 more people are displaced and staying elsewhere.

Intense rainfall in the mountains most likely caused landslides that blocked rainwater, Marasigan said. When the naturally formed dams broke from the pressure, torrents of water smashed into the villages below.

Officials warned villagers in accident-prone areas to evacuate early as Tembin approached and the government wanted to find out what caused the widespread storm deaths, Marasigan said. She added that it was difficult to move people from homes shortly before Christmas.

"We don't want to be dragging people out of their homes days before Christmas but it's best to convince them to quietly understand the importance of why they are being evacuated," Marasigan said.

The BC News says nearly 1,000 homes were destroyed and many rice-fields washed away. United Nations Secretary General Antonio Guterres said he was saddened by the loss of life, adding that the U.N. was ready to help.

Mayor Bong Edding of Sibuco town blamed logging operations in the mountains for a flash food that swept away houses with more than 30 residents. Five bodies have been recovered so far in the village and a search and rescue operation was continuing.

A large number of dead and missing were also reported in Lanao del Norte and Lanao del Sur provinces, where floodwaters from a mountain washed away several riverside houses.

Thousands of villagers fled to emergency shelters and more than 500 passengers remained stranded in airports and seaports after the coast guard prohibited ferries from venturing out in the rough seas and several flights were canceled as the storm raged Saturday.

The typhoon was packing maximum sustained winds of 75 miles per hour and gusts of up to 90 mph.

An inter-island ferry sank off northeastern Quezon province Thursday after being lashed by fierce winds and big waves, leaving at least five people dead. More than 250 passengers and crewmen were rescued.

Earlier in the week, another tropical storm left more than 50 people dead and 31 others missing, mostly due to landslides, and damaged more than 10,000 houses in the central Philippines.

Among the areas battered by the latest storm was Marawi, a lakeside city in Lanao del Sur that is still recovering from a five-month siege by pro-Islamic State group extremists that left more than 1,000 people dead and displaced its entire population of about 200,000 people.

It was the latest disaster to hit the Philippines, which is battered by about 20 typhoons and storms each year, making the archipelago that lies on the Pacific typhoon belt one of the world's most disaster-prone countries.