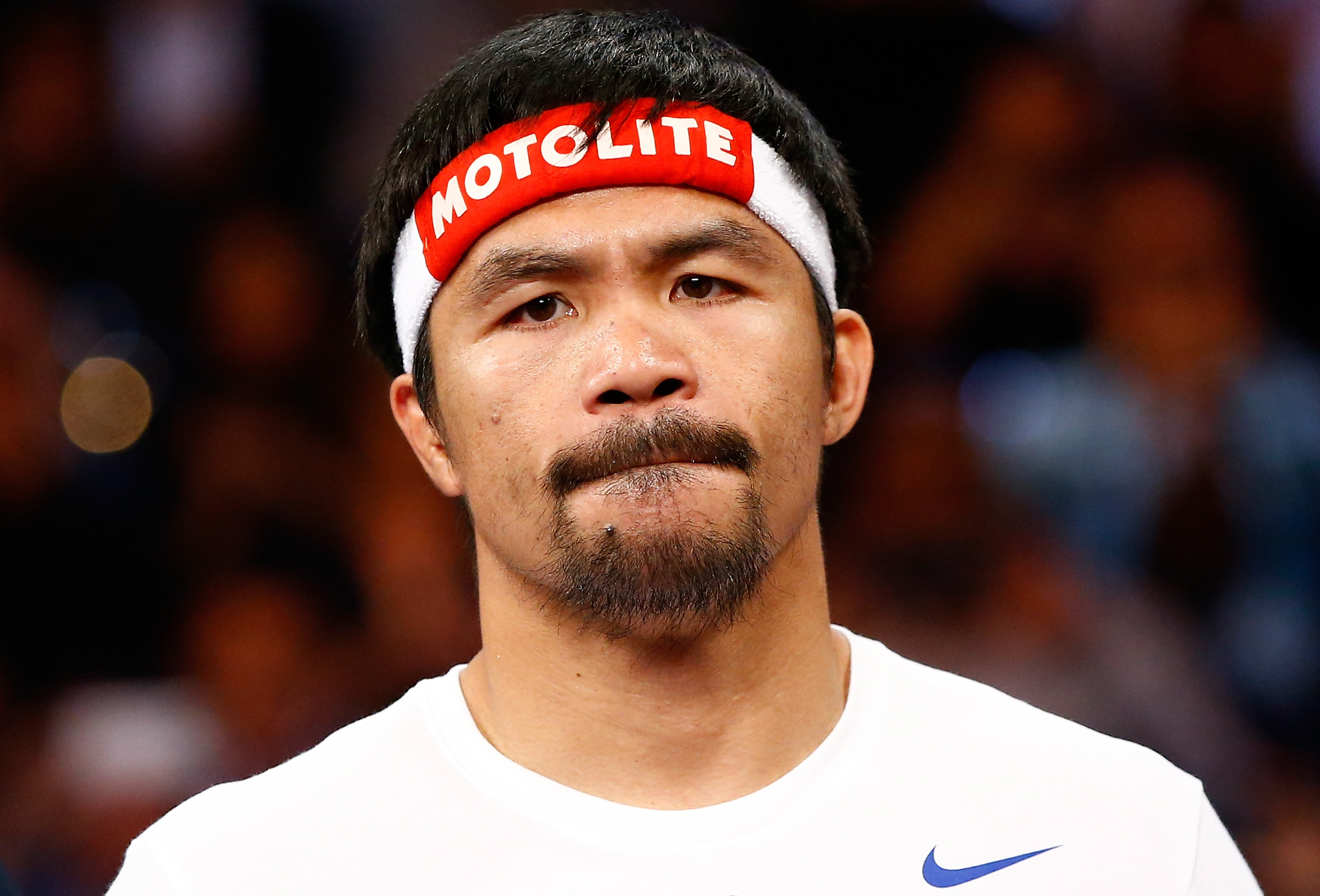 MANILA, Philippines-- The Philippine president said Wednesday that Abu Sayyaf militants may have plotted to kill him and kidnap boxing starManny Pacquiao, disclosing previously unknown details about an extremist group blamed for the beheading of a Canadian hostage.

President Benigno Aquino III said the Muslim militants also wanted to explode bombs in metropolitan Manila to try to get funding from the Islamic State group but the plans were uncovered and troops have reduced the Abu Sayyaf's ability to inflict harm.

Aquino, whose six-year term ends in June, vowed "to devote all my energies" to ensure that the extremists would be "at the very least ... a very seriously degraded problem" for his successor.

While he has forged a peace pact with a larger Muslim rebel group, Aquino said there is no possibility of engaging in talks with the brutal Abu Sayyaf, which is accused of beheading Canadian John Ridsdel on Monday in southern Sulu province.

"We have always believed in the power of dialogue, development and positive engagement over arms," Aquino said. But he said of the Abu Sayyaf, "You have chosen only the language of force and we will speak to you only in that language."

Ridsdel, 68, was beheaded after the Abu Sayyaf did not receive a large ransom it had demanded by a Monday deadline. A fellow Canadian, a Norwegian and a Filipino woman who were kidnapped with Ridsdel from a southern marina in September are still being held by the militants, along with about 20 other foreign hostages.

Police have recovered Ridsdel's head, which was dumped by the militants in Sulu's Jolo town. A headless body of a Caucasian man was also found by villagers in a mountain clearing in Sulu and police forensic experts were checking Wednesday if it was that of the former mining executive.

Aquino said he sent a letter expressing condolences to Ridsdel's family, describing his death as appalling.

In Canada, Prime Minister Justin Trudeau said he spoke with Aquino about possible actions against the kidnappers.

"The discussions I had with President Aquino and are continuing to have with our allies in the Philippines is the need to bring these criminals to justice and to do whatever we can to express that we are very concerned about security of Canadians," Trudeau said.

The Canadian leader stressed that "we will not pay a ransom."

A sizeable Abu Sayyaf force, led by militant commander Radulan Sahiron, is surrounding the remaining captives, Aquino said. While that is a delicate situation, "it is also an opportunity because smashing these forces is within our grasp," he said.

"Casualties are to be expected," he said, but he added that troops were adequately trained and well-armed.

Aquino said the Abu Sayyaf militants have posed as Islamic freedom fighters, but "have behaved as criminals focused on enriching themselves by taking hostages for ransom."

"They allegedly even hatched plots to kidnap Manny Pacquiao or one of his children, as well as my sister Kris or one of her children, with the plan to use them in bargaining for the release of their cohorts," he said, referring to his younger sister, who is a famous actress.

"Threats against my own life have been investigated," he said, without elaborating.

The Abu Sayyaf began a series of large-scale abductions after it emerged in the early 1990s as an offshoot of a separatist rebellion by minority Muslims in the southern Philippines.

It has been weakened by more than a decade of government offensives, but has endured largely as a result of ransom and extortion earnings.