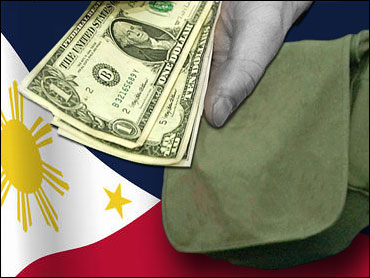 He needed the money for his sick wife and overdue rent, but honesty prevented a motorcycle taxi driver from keeping $17,000 left behind by a passenger.

Iluminado Boc returned the money to police in Tagbilaran city on central Bohol island last week, the Philippine Daily Inquirer reported Monday. The woman who lost the bag of cash had just reported it to police when Boc showed up at the precinct.

"It was not mine," Boc was quoted as saying.

Boc, 45, said he was struggling financially because his wife was taken to a hospital the same day he found the money, and they had unpaid rent.

The owner rewarded him with $32 — about seven times what a motorcycle taxi driver makes a day.