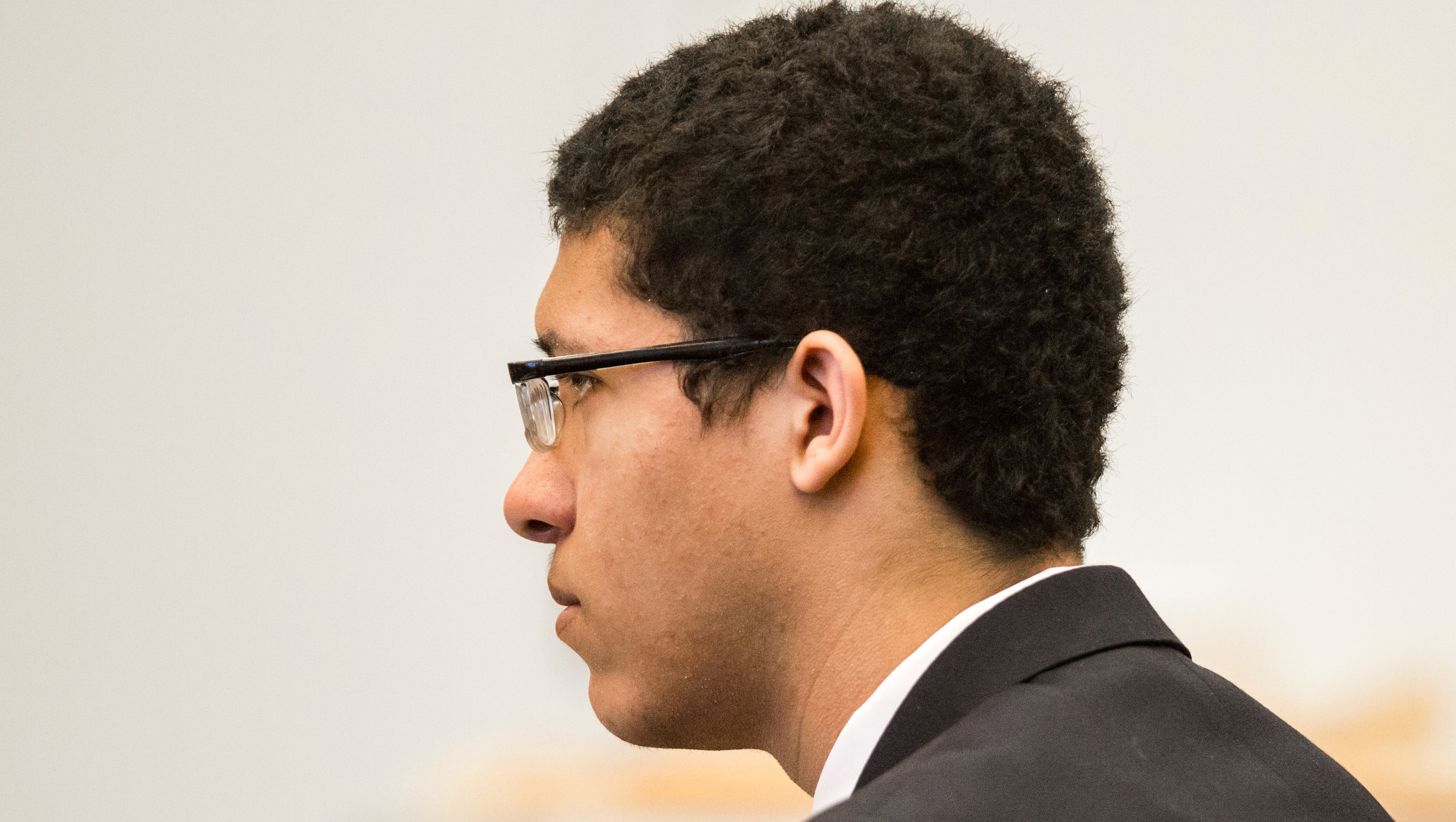 Defense attorneys did not contest that Chism, 16, committed the "terrible acts" against Colleen Ritzer at Danvers High School, north of Boston, in 2013. But they argued that Chism, then 14, was suffering from a psychotic disorder at the time of the slaying.

The jury of eight men and four women deliberated for more than three hours after getting the case Monday, and continued deliberating Tuesday for a total of nine hours over both days.

Ritzer's mother cried in court as she awaited the verdict, CBS Boston reporter Christina Hager reported via Twitter. As the guilty verdicts were read, Chism showed no emotion and stared straight ahead, the station reported.

"There can never be true justice for the crime committed," said her father, Tom Ritzer.

He said the family would not allow the young woman's death to define how she is remembered.

In closing arguments Monday, prosecutors argued the teen wasn't mentally ill and that his actions were premeditated. Assistant District Attorney Kate MacDougall told the jurors that doing something awful doesn't make you crazy.

The 24-year-old Danvers High School teacher was killed Oct. 22, 2013. She had been raped twice and her throat had been slit. Prosecutors say Chism attacked Ritzer in a women's restroom, and her body was later found in a wooded area outside the school.

At his trial, prosecutors described Chism's steps that day in chilling detail, showing the jury portions of surveillance video from some of the 140 cameras at the school.

That day, they said, Ritzer asked Chism to stay after school. Another student who also stayed late testified that Ritzer tried to engage Chism -- a student who had recently moved to Massachusetts -- in light talk about how his new community compared with his old town of Clarksville, Tennessee.

A short time later, Ritzer left the classroom. Jurors were shown surveillance video that showed Ritzer walking down the hallway to the bathroom. Seconds later, Chism is seen poking his head out of her classroom and looking down the hall.

He then goes back into the classroom, but comes right back out with his hood on. Chism is then shown putting on a pair of gloves as he walks into the bathroom. Minutes later, he is shown emerging from the bathroom carrying the black pants Ritzer was wearing.

Prosecutors said he used a recycling bin to move the woman to the woods outside the school, where the attack continued. A medical examiner testified the attack was so violent that it was impossible to determine if she was already dead before she was moved to the woods.

Ritzer ultimately bled to death from stab and slash wounds to her neck, McDonald said, reported the Boston Herald. She had also been strangled.

Prosecutors said Chism went to school that day with a "terrible purpose." Inside his backpack, he had a box cutter, a mask, gloves and a hooded sweatshirt.

The murder trial was marked by an outburst from Chism outside the courtroom, when he reportedly told his lawyer he was "about to explode" and refused to go back into the courtroom. He told a court officer he "can't take this anymore," reports the station.

The teen later agreed to remain at the proceedings. He had been ruled competent to stand trial.

Chism, now 16, was tried as an adult. Because he was a juvenile when the crime was committed, he will reportedly be sentenced to life in prison with the possibility of parole after 15 to 25 years.

As a juvenile, he cannot receive a life sentence without parole following decisions by the U.S. Supreme Court and the Supreme Judicial Court of Massachusetts. Adults convicted of first-degree murder in Massachusetts automatically receive life without parole.

The judge set a status hearing for Dec. 22 to discuss sentencing.