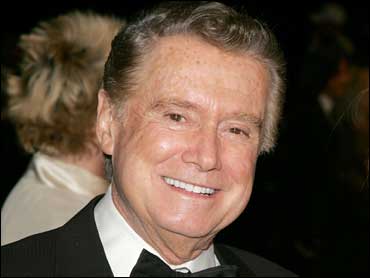 Regis Philbin can't get a break.

The 76-year-old talk-show host was overlooked yet again for the "Best Regis" award during the fifth annual Relly Awards, announced Friday on "Live With Regis and Kelly."

The honors went to Neil Patrick Harris, who was among the show's guest hosts while Philbin was recovering from triple heart bypass surgery earlier this year.

In his acceptance speech, the 34-year-old actor thanked Philbin's "ticker" for "failing now and again," giving him a chance to guest host. He also thanked co-host Kelly Ripa for being a "sweet, sweet kisser."

Philbin has also been bested by Darrell Hammond, Jimmy Fallon and Mark Consuelos, who is Ripa's husband.

The Rellys, which include categories such as "Favorite Real Person" and "Best Wild & Wacky," were created as an antidote to the show's failure to win a Daytime Emmy.

Winners take away "Golden Stools," a trophy-sized version of the show's seats for the co-hosts and their guests. The awards are decided by viewer votes.

This year, Ripa, 36, won Rellys for her supermodel walk at New York Fashion Week and for dressing up as Christina Aguilera for Halloween.