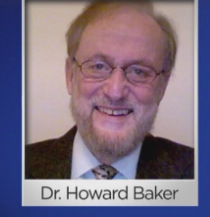 PHILADELPHIA -- A psychiatrist was found strangled to death with a belt around his neck at an Philadelphia hotel Monday morning, CBS Philly reports.

An autopsy confirmed Dr. Howard Baker, who is in his 70s, was strangled. Police have detained a person of interest in connection with the death, the station reported.

Authorities revealed that Baker, who kept an office a few blocks away, had two male visitors to his hotel room Monday. They are looking into whether one of those men caused his death, according to CBS Philly.

Initially, authorities thought Baker had been involved in "auto-erotic asphyxiation" -- a sex act in which one purposely limits their own air supply.

However, the station reported that as the police probe continued, homicide detectives began investigating.

As part of that investigation, police spent hours at the Rodeway Inn in Center City speaking with hotel staff, reviewing records and surveillance video.